Amid all the news and fresh in-game media content coming from the latest PC version of Rockstar’s most critically acclaimed open world adventure game something very interesting has emerged on the internet about GTA V’s persistent online multiplayer mode. There is actually a long list of words that Rockstar does not allow players to use in GTA Online for one reason or another, and while it contains some foul language and all sorts of vulgar words, the thing that is particularly interesting is that it also includes words like Sony, Microsoft, and Nintendo. 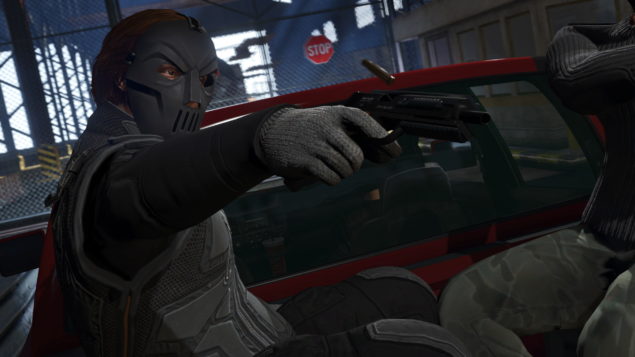 It seems like Rockstar takes profanity quite seriously, only when it comes from players who play GTA Online rather than itself. Right now, there is a list floating around that contains words that are banned in GTA Online; that is, the words that Rockstar does not want players to use while texting each other using the in-game mobile phone. Compiled by Reddit user Damon Pei, the list contains plenty of racist, sexist, and offensive words, but there are also a number words that particularly seem quite interesting, funny, and say weird to be included in the list.

First up are the names of the adored video game console manufacturers; Sony, Microsoft, and Nintendo. It is not only limited to that, players can’t even name the very consoles that they play the game on, as Xbox and PlayStation are also banned, however, Wii is one major console that can be talked about. What’s more, Rockstar does not even want players to talk about Rockstar in GTA Online, as among Rockstardev and even Rstar, the word Rockstar itself falls under the tag of “forbidden text” in game. Some other words that are not actually foul words, but still banned within the game are Mininova, Piratebay, Demonoid, and other piracy related terms.

To check if the words included in the list are really banned, Kotaku jumped into the game and typed some of them out in the in-game text messaging screen; the result was a message, displayed in the screenshot below, that reads “forbidden text. Try again.” It seems like Rockstar has taken pretty strict measures to make sure that players refrain to discuss topics that are not related to the game itself. The irony here, of course, is that when it comes to foul language and sexist words, GTA V and GTA Online themselves feature such elements quite a lot. Many words that are included in the list are spoken by the in-game characters throughout the GTA V campaign, and can even be heard while roaming around in the GTA Online. 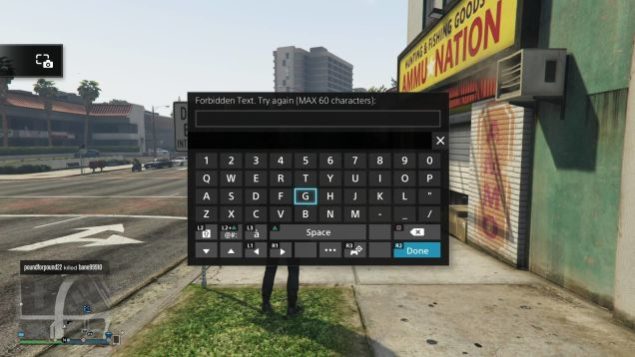 Grand Theft Auto has always been a series of games suitable for Mature audience, and the targeted players are always expected to me of a certain maturity level. However, it seems like Rockstar found it best to cover itself, and players of the game against online harassment, console war, or things like that. To see the full list of the words that are banned for players to type within the game, you can click here.