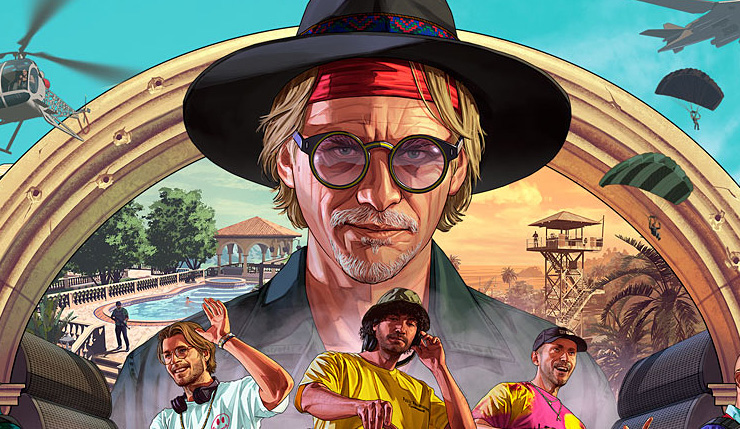 Last month Rockstar Games unveiled the Cayo Perico Heist, one of the biggest additions to GTA Online to date. In addition to the new heist, which can be tackled with up to three other players, the Cayo Perico update adds a whole new tropical island playground, complete with its own locations, vehicles, and radio stations. Oh, and yes, you get your own armed submarine HQ. You can get a better idea of what the Cayo Perico Heist is all about by watching the new trailer, below.

Not entirely sure what was going on in that trailer? Here are some official Cayo Perico plot details:

Anything goes on Cayo Perico, a private paradise that's home to the infamous El Rubio, the world’s preeminent narcotrafficker and supplier to the Madrazo family. Cayo Perico is not only the nerve center of El Rubio’s drug empire, but the island also plays host to his other great love: marathon dance parties on golden beaches, where everyone from jetsetters and heiresses to legendary music producers gather to rave until the sun comes up.

But away from the beach’s earthly delights lies an untold fortune in art, gold and drug money, scattered across the island. It’s the score of a lifetime for those who can find a way in. The Cayo Perico Heist is the biggest GTA Online adventure, so start planning your heist now.