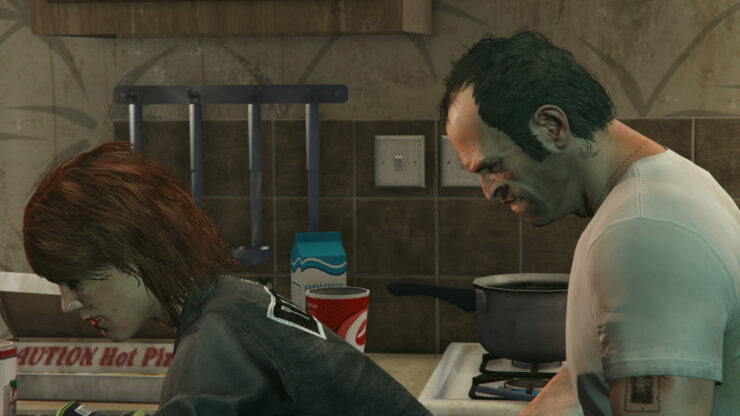 The other day, it's been reported that the lead developer of the Grand Theft Auto modding tool OpenIV, which also allowed the creation of single player mods for Grand Theft Auto V, received a cease and desist from Take-Two Interactive. The publisher has yet to comment on the matter, but GTA series developer Rockstar Games revealed why this happened.

In a statement sent to PC Gamer, Rockstar revealed that OpenIV allowed the creation of malicious mods that allowed harassment of players and that could interfere with the GTA Online experience.

Take-Two's actions were not specifically targeting single player mods. Unfortunately OpenIV enables recent malicious mods that allow harassment of players and interfere with the GTA Online experience for everybody. We are working to figure out how we can continue to support the creative community without negatively impacting our players.

Developer GooD-NTS talked about the cease and desist received by Take-Two in a post on GTAForums.

On June 5th, 2017, we had received an official Cease-and-Desist letter.
It clearly says, that with OpenIV we "allow third parties to defeat security features of its software and modify that software in violation Take-Two's rights".
Yes, this letter is illiterate both technically and grammatically (really, they don't even bothered with proof-reading the text).
Yes, we can go to court and yet again prove that modding is fair use and our actions are legal.
Yes, we could. But we decided not to.

Going to court will take at least few months of our time and huge amount of efforts, and, at best, we'll get absolutely nothing.
Spending time just to restore status quo is really unproductive, and all the money in the world can't compensate the loss of time.

So, we decided to agree with their claims and we're stopping distribution of OpenIV.