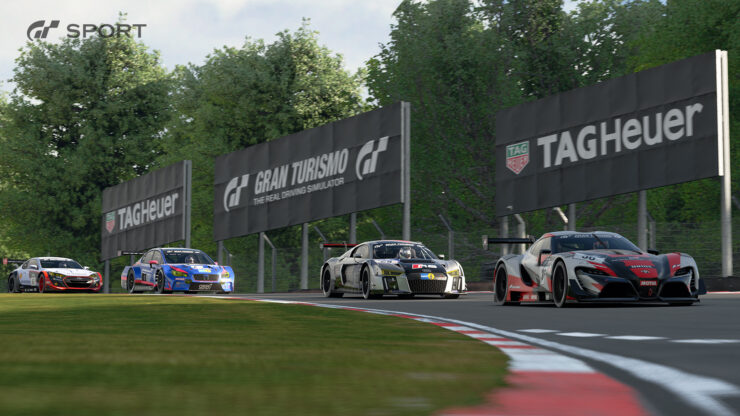 Gran Turismo Sport is still lacking a solid release date, but several lucky players are already able to enjoy some of the game's features thanks to the Closed Beta. New features are also getting added constantly, and a new update has been made available recently.

The new Gran Turismo Sport Closed Beta 1.06 update introduces, among other things, new exhaust sounds as well as a new chase cam. Both the new sounds and the new chase cam are showcased in several new videos, which can all be found right below.

Here's the full patch notes for the update.

Game physics have been updated
Force Feedback intensity has been adjusted.
Various sound sources have been updated.
Online experience has been improved.
Rolling starts now available in [Daily Races].
The algorithm behind the calculation of the Sportsmanship Rating has been changed.
It is now possible to assign specific buttons to hazard lights and indicators.
The braking indicator can now be switched ON/OFF under [Driving Options].
Saved game data files are now stored online.
Fixed certain bugs

Gran Turismo Sport launches on a yet to be confirmed release date exclusively on PlayStation 4. We will keep you updated on the racing game in development by Polyphony as soon as more comes in on it, so stay tuned for all the latest news.