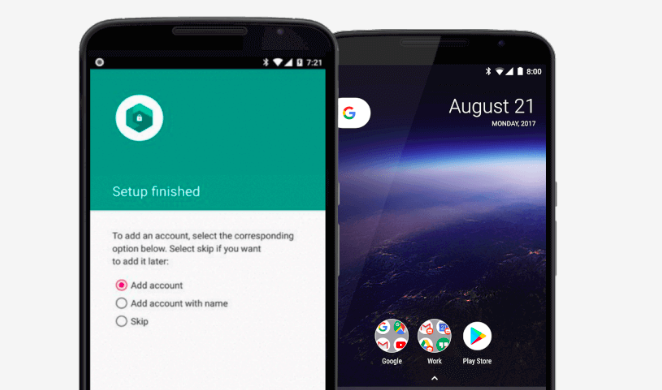 Since past few years, Google has been introducing new schemes and programs to woo enterprises to use Android. The latest program in the line is called “Zero-touch enrollment” which allows businesses to configure Android devices as per their preference at the carrier level before handing them out to employees.

With this program, enterprises and their employees need not set-up the phone according to the company policies when they receive it. The device will come tweaked with all features selected by the enterprise, employees who get them just need to enter their company credentials and password to get started.

The Zero-touch enrollment program takes away the added responsibility of company administrators to manually configure devices to ensure the placement of company policies. With Android devices under this program, employees just need to sign-in to access their work apps and data. Besides, it also adds a layer of security for the enterprises as they can control the device used by their employee for business purposes.

Zero-touch enrollment allows IT to deploy corporate-owned devices in bulk without having to manually setup each device. Users just open the box and start using the device with management, apps and configurations all set.

Partnership with AT&T, Sprint, T-Mobile, Verizon, and others

Custom configuration under the program can be done at the carrier level, Google has partnered with the leading carriers AT&T, Sprint, T-Mobile, and Verizon in the US, along major carriers from Europe and Asia. The program also has many manufacturers on board, such as Samsung, Huawei, Sony, LG Electronics, HMD Global Oy Home of Nokia Phones, BlackBerry smartphones, HTC, Motorola, Honeywell, Zebra, and Sonim. Zero-touch enrollment devices also let administrators add company's existing enterprise service providers like VMware, BlackBerry, and G Suite.

The program is available starting today on the Pixel phones through Verizon. Google states that the Huawei Mate 10, Sony Xperia XZ1, and XZ1 Compact will be the first devices to get the support in the coming weeks.