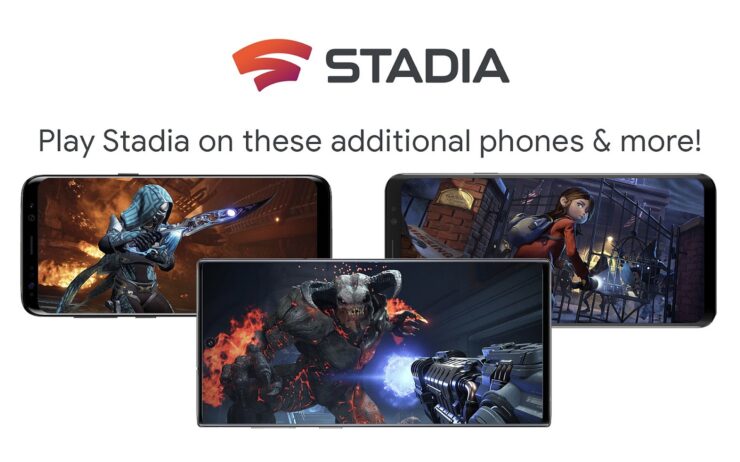 Since its debut in November 2019, Google Stadia has only been available for Google's own Pixel smartphones when it comes to mobile devices. Of course, that's in an official capacity, as smart Android developers had figured out ways to unlock the Google Stadia app for a much broader selection of smartphones.

Those methods involve rooting your device, though, and not everyone wants that. Luckily, starting two days from now, lots of popular smartphones will be officially supported by Stadia as announced today by Google.

Beginning February 20, you can play games on Google Stadia using a broad new selection of mobile devices. In addition to the Pixel family, Stadia will now support phones from Samsung, ASUS, and Razer. You’ll also soon be able to play on the brand new Samsung S20 line. More supported phones means you have even more ways to play games when, where, and how you want with Google Stadia.

Combined with compatible Pixel 2, 3, and 4 devices, Google Stadia will let you play games on more than 20 different Android phones beginning February 20. You can also play on tablets, laptops, and desktops, as well as TVs through Google Chromecast Ultra.

A company spokesperson also told Wccftech the plan is to officially support even more devices soon.

We want to ensure the best possible Google Stadia experience on mobile and this requires extensive testing. Today, we've announced support for tens of millions of new phones in our launch markets and look forward to adding more in the future.

Does this make you more inclined to use Google Stadia? Let us know in the comments.