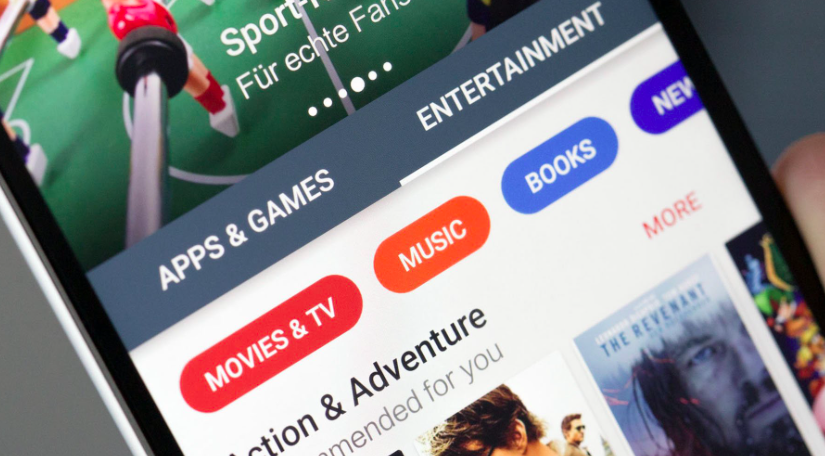 Google had earlier hinted that it will be monitoring the Play Store closely, especially for keeping a check on privacy policy adherence by apps. Following the process, since the last 24 hours, Google had been sending notices to app developers worldwide. In the official notice, the search engine giant is warning developers towards impending action such as “limited visibility” or "app removal" if there is violation of User Data policy.

The reason behind sending the notification is to combat the apps that snoop on user data. The action will affect the fake apps that are created for the sole purpose of stealing user data. Such apps will face the major jolt of the cleansing drive executed by Google. For the ones who will avoid the notice and make no changes to their app's functionality - their app will be removed from Google Play Store.

Here's the screenshot of the warning message: 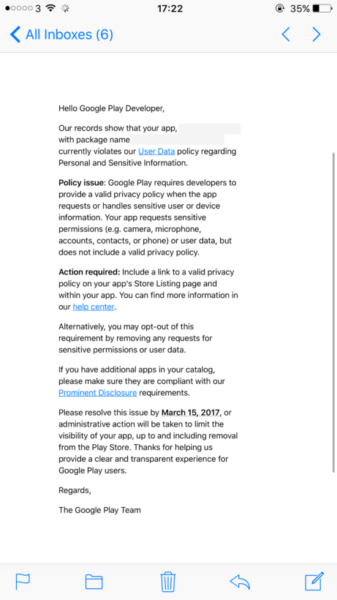 In the notice, Google warns app developers to include privacy policy by March 15. If they fail to do so, then Google will either remove their app from the Play store or limit the visibility.

I think it’s fantastic, this will clear the Google Play store of so many junk and zombie apps that our games will find increased visibility on the store as the search terms will become much less cluttered.

This will make it easier for people to be able to find our app’s like Hop Hop Ninja! with better keyword searches like ninja or Nerd Agency and find much more relevant results. (A previous pain point of developing for Android).

For the developers who run authentic apps and have a clean privacy policy, this move will be a boon in disguise as it will wipe off fake apps and increase the visibility of original apps. In simple terms, it will declutter Play Store and help users in installing apps that have no hidden data stealing algorithms.

One of the major shortcomings on Play Store is the presence of so many apps, which make it tough for users to find accurately what they are looking for on the platform. This new move will delete junk apps from the Play Store and strengthen keyword search for official apps. Google's cleansing drive will be a strong move to ensure the adherence of user privacy policy.