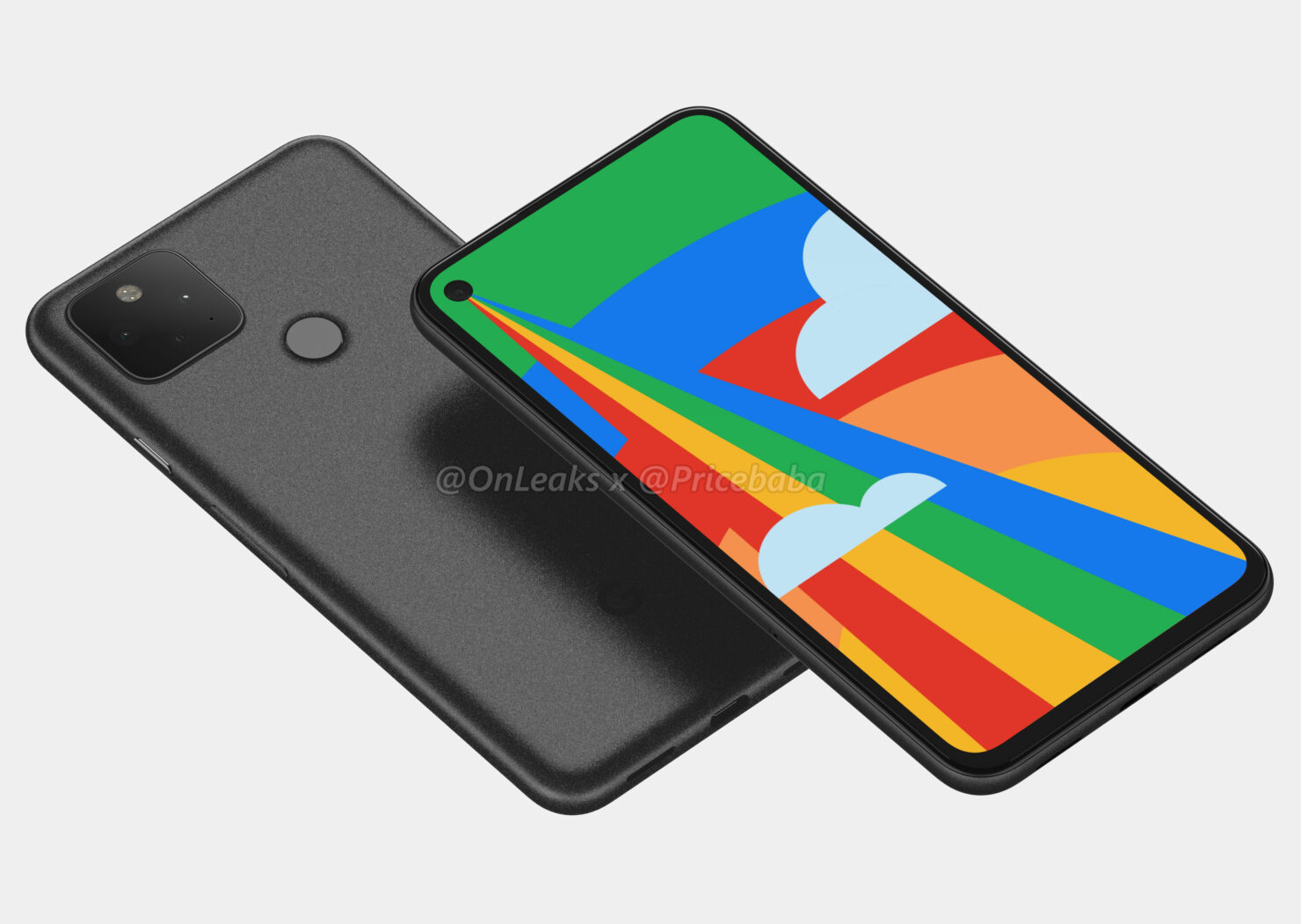 Google Pixel 5 is very much a reality, and we heard yesterday that Google is planning on launching the device in September along with the PIxel 4a 5G. However, what we have not heard much about so far is how the device looks but that changes now as we have our hands on the renders of the Google Pixel 5, and the phone looks a lot like a Pixel phone would look like.

The leaked renders are coming from OnLeaks/Pricebaba, to be honest, they look a lot similar to what we had expected. You have a rear-mounted fingerprint reader, as well as a hole-punch display. On the back, you have a familiar-looking camera module but it looks like you have 3 cameras on the back. The display, of course, is flat and the leak suggests that it will be around 5.7 to 5.8-inch in sizes.

The renders show a somewhat textured finish or it could very well be a glittery finish, as well. The design is obviously unibody and, the recent report we have also suggested that the phone is going to launch in the green colour as well.

If everything is going according to the leaks, then we have heard that both the Google Pixel 4a 5G and the Google Pixel 5 are going to be powered by a Snapdragon 765G instead of the higher-end Snapdragon 865. However, the $200 price difference is going to be reflected in elements such as build quality, camera, and other similar aspects. You will also get a better screen with a QHD+ resolution and 90Hz refresh rate, and the device might come with a 3,080 mAh battery as well.

All the leaks and information about the Pixel 5 reveal that it will be a premium mid-range device but we are not sure how it is going to sit well both with newcomers and hardcore Pixel enthusiasts.