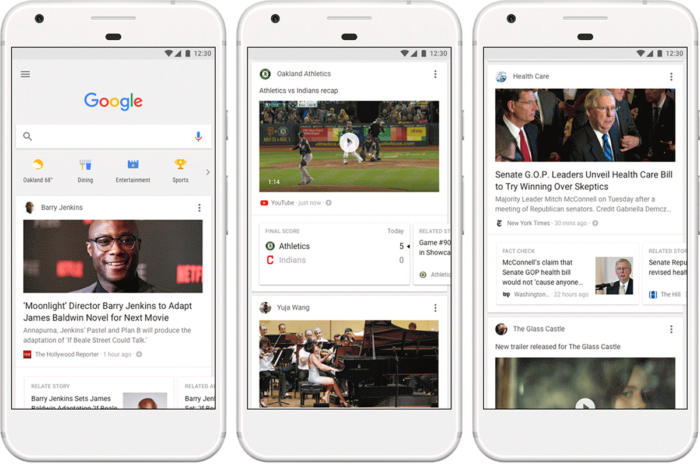 Google Now has been there for quite a long time, helping users with relevant information and other content. However, change is inevitable, and today, Google has announced that Google Now is now being replaced with "Feed". This step comes is not surprising as over the past few months we have been seeing Google turning its focus towards content based on interests.

Feed is not entirely new though; it has been a part of Google Now since last year. When it was introduced on Google Now, its primary focus was on content that included news articles and videos on relevant topics that the user cares about. Unlike Google Now, Feed's list of information is based on the topics that the user follows, but it uses the Google Search history and Chrome browsing history to accumulate information to present relevant and personalised results.

What's new with Feed is that it has now gained an ability to follow particular topics from searches. For example, if you search for the Netflix's popular show "Stranger Things" then Feed offers you an option to follow the topic (as shown in the GIF below) and see timely information about it within the feed timeline. The same behaviour applies to other categories of information like movies, people, politics, sports, and more. Google says that will also have the functionality to get information and articles that could be relevant to the user, regardless of its time of publishing.

Look out for a new “Follow” button next to certain types of search results—including movies, sports teams, your favorite bands or music artists, famous people, and more. A quick tap of the follow button and you’ll start getting updates and stories about that topic in your feed.

The feed will takeover wherever Now was previously seen, including the Android and iOS Google Search apps, as well as the left-most page on your homescreen for devices like the Google Pixel. We caught a glimpse of that over the weekend. Google’s new feed will even appear on the desktop soon, at least to a certain extent.

The main focus of the feed is to make the Google app more popular and present it as a one stop destination to fetch all the information and do searches. Google expects that Feed could make Google app as popular as Facebook and Twitter.

For those wondering - what will happen to the information listed in Google Now? Well, it not going anywhere. Google is migrating all that information to Feed. From now onwards, Feed will be the primary destination for content with an “updates” tab that holds a lot of information similar to "Now" tab. The main feed would still show content from Now such as Google Calendar events and also weather information.

Rolling out for Google app users on both Android and iOS

Starting today, Google is rolling out Feed for Google app users on Android and iOS in the United States. We can expect it to roll it out to other regions soon.