Our iPhone 6s has finally made its way to our doorstep, and instead of digging right in, we're taking the time to unbox it for our readers. 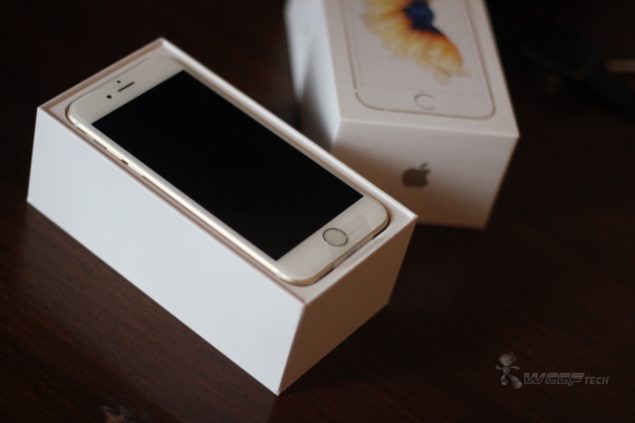 Previously, we opted to go for the Space Gray model for the majority of the iPhone 6 devices we have here, but this time around, we're jumping onto a new color, more specifically, Gold. And quite frankly, we like it a lot. The subtle gold tint really adds personality to the overall aesthetics of the device.

Without further ado, let's jump right into the unboxing.

The box of the device is different than what was offered last year with the iPhone 6 and iPhone 6 Plus. Instead of going with an extremely minimal box design featuring nothing but the silhouette of the device itself, the iPhone 6s features proper graphics, outlining what the smartphone actually looks like.

Lifting the top cover of the box itself, you're treated with the sight of the iPhone 6s. Putting that aside, we have our usual manuals, which quite frankly, are useless even if you're a brand new iOS convert. Underneath that, you'll get the standard wall adapter, which might look different depending on your region, and of course, you also get the EarPods along with a standard Lightning cable.

Having taken the iPhone 6s for a spin in the last couple of hours, we have to admit that the device is a screaming demon in the speed department. And to top things off, 3D Touch and the new 12-megapixel rear camera with 4K recording is a real icing on the cake. While we can't say this early whether or not we'll get the hang of 3D Touch on the device, but the implementation on a stock level is extremely solid and we expect it to show some positive results in our day to day usage.

We'll be taking the iPhone 6s for a good spin in the days to come, and we'll be bringing our readers a bunch of great tips and tricks which they can pull off on their new device.

And oh, if you did happen to grab yourself an iPhone 6s or iPhone 6s Plus, then do not forgot to update to iOS 9.0.1 download straight away. The new update brings with it a bunch of bug fixes, and ensures that users get the best there is in terms of good user experience.

Don't forget to drop your thoughts and comments about the iPhone 6s and iPhone 6s Plus in the comments section below.