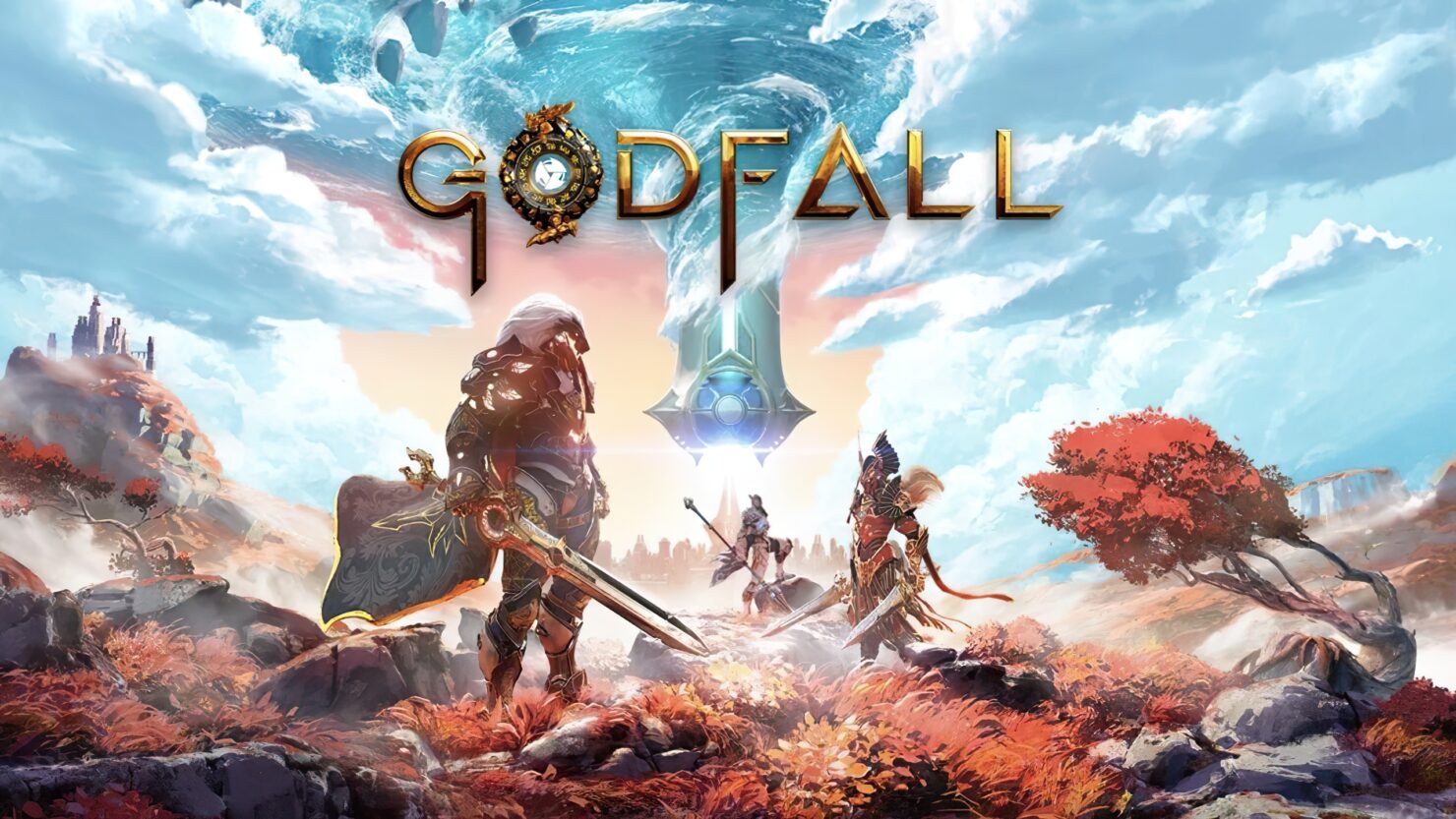 There aren't that many games launching with the next-generation consoles that you truly cannot find on a current-gen console (that is to say, PlayStation 4 and/or Xbox One); Godfall is one of these.

Due to launch Thursday, November 12th on Sony's PlayStation 5 and PC via Epic Games store (an Xbox Series S/X version may come after about six months, as that's when the timed console exclusive deal ends), the game has been labeled a 'looter-slasher' by the developers at Counterplay Games due to its melee combat focus installed upon a cooperative action RPG gameplay design.

We've had a brief interview with Dick Heyne, Senior Technical Producer at Counterplay Games, to dive deeper into certain critical aspects of a game like Godfall, such as the intricacies of group gameplay during co-op and the so-called 'endgame' system. Enjoy!

Is it possible to specialize your Valorplate to make a 'tank' or 'support' character specifically geared towards group gameplay in co-op?

Yes, modifying the augments you slot into your Valorplate will dramatically alter the primary role you play in co-op. Some augments provide unique loot traits that are intended to enhance and heal allies, as opposed to adding raw DPS. Vitality (green) augments will specifically enhance your tankiness. Augments can also power up your shield abilities, which can give your build an uptick in CC. And then, of course, there are plenty of augments that enhance your raw DPS.

But it isn’t just about defining your role through your Valorplate and augments. Your loadout will play a crucial role in shaping your co-op capabilities. The best example of this is the battle banner, which will provide unique AoE buffs to you and your allies. For exceptionally difficult challenges, players can slam down all 3 of their banners at once for an insane spike of power.

Will the loadout be modifiable during missions or only at the hub?

You can modify your loadouts during missions as well! We wanted to make sure that if a player got a piece of loot that excited them, or inspired a modification to their build, they would immediately be allowed to start tinkering.

Can you share some details on how character progression works? What is the level cap of Godfall at launch?

The level cap of Godfall is 50. Every time you level up, you get a skill point. After reaching level 20, leveling up will also expand your Valorplate’s capabilities when it comes to augments. The higher your level, the more powerful augments you can slot into your Valorplate.

What is the Tower of Trials?

Tower of Trials (ToT) is a rogue-like end-game challenge mode accessed within The Monolith that can be played solo or co-op. Players will complete combat trials to progress up the elevator in the center of The Monolith. Enemies will become increasingly more difficult the higher you climb. Luckily, players can earn Boons and Item Rewards on their way up to help them on their way up. Players first complete the Elevator Encounter Trial by defeating waves of enemies to be rewarded with Keys, a currency specific to ToT, and will get reset to 0 when the player exits ToT.

After a floor’s encounter has been completed, players then choose the type of reward they'd like to earn by picking a doorway with the corresponding Reward Type's icon on it. There are several types of Reward Types that the player can earn, but only if they walk through the doorway and defeat the Encounter Trial in the corresponding room.

After the player defeats the Room Encounter Trial, they are allowed to progress back into the Elevator Encounter in order to interact with the center console to go up a floor and trigger the next trial.

What will endgame consist of when Godfall debuts? How do you plan to make repeatable content feel varied?

In the answer above, I go pretty in-depth on how Tower of Trials will work. In addition to ToT, we also have Dreamstones. Dreamstones will set players on a path of randomly generated challenges that all lead to a final boss fight for high tier loot.

By the time the player reaches the end of the main campaign, their combat prowess will really be ready to put to the test. We embraced the idea of bringing back bosses from the campaign and presenting them in a new light. We wanted the endgame loop to feel familiar but challenging and diverse. Between the Dreamstones and ToT, the player is given a plethora of obstacles to hone their skills and chase the rarest loot Godfall has to offer.

Is there crafting in Godfall and if so, how does it work?