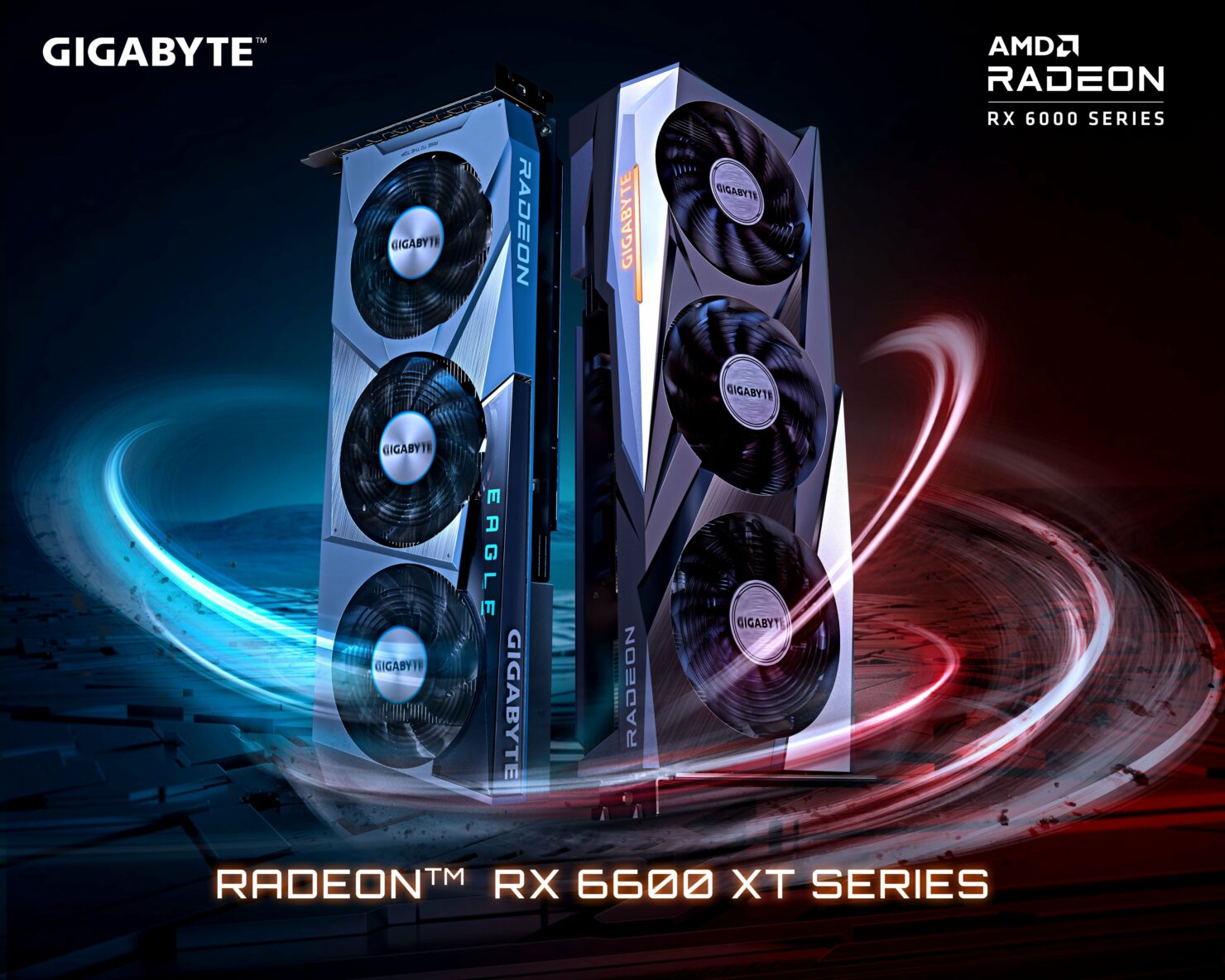 Gigabyte didn't seem to get the memo that the AMD Radeon RX 6600 XT graphics cards were launching tomorrow and have posted pictures of their custom models a day ahead of launch. Additionally, PowerColor has also teased its custom variants which include Red Devil and the Hellhound models.

The AMD Radeon RX 6600 XT is expected to be the first Navi 23 SKU for the gaming segment on the desktop platform. AMD has already released multiple Navi 23 SKUs for other segments such as the Radeon RX 6600M for mobility and the Pro W6600 for workstations. Now the Navi 23 GPU is all set for a discrete outing on the Desktop PC gaming segment.

Gigabyte's custom lineup also leaked a while back over at EEC and included six variants, four of which were based on the Gaming design and two based on the Eagle design. The cards come in both OC and stock flavors. There are definitely going to be more variants such as the AORUS OC ELITE and more but for now, we have the following models hitting the market first:

Both Gigabyte Radeon RX 6600 XT custom models feature a triple-fan cooling solution and come in dual-slot form factors. We can also spot a single 8-pin connector interface powering up these cards while you can expect the standard RGB LEDs for the logos and a full-coverage backplate included. It looks like we were correct that these cards would aim at the 1080p gaming segment as quoted by the Gigabyte Spain Twitter account.

Besides the Gigabyte variants, PowerColor has also teased its Red Devil & Hellhound series of cards which will be part of the Radeon RX 6600 XT family.

What do you fancy... Red Devil or HELLHOUND?
Soon...
The RDNA2 family is growing.. pic.twitter.com/8kTw0w7GXJ

The PowerColor Red Devil variant looks to have received a slight revision since the Navi 23 GPU doesn't require a chunky triple-slot behemoth to cool it down. The new model seems to feature a dual-slot and dual-fan cooling solution but with red accent bars on the back. The heatsink itself on the new Red Devil variant is also less dense than the one featured on previous variants. As for Hellhound, the card should be a triple-fan offering with a blue and black design.

The AMD Radeon RX 6600 XT graphics card will be powered by the Navi 23 XT GPU which is going to feature 32 Compute Units or 2048 stream processors. The card will also rock 32 MB Infinity Cache & will feature an 8 GB GDDR6 memory capacity running across a 128-bit wide bus interface.

As for the Navi 23 GPU itself, it measures 237mm2 and consists of 11.06 Billion transistors. The GPU is not however the smallest chip in the RDNA 2 family as that title should belong to Navi 24. The GDDR6 pin speeds will be kept at 16 Gbps which will bring the total bandwidth to 256 GB/s. The TGP for the card is going to be around 150W.

AMD Radeon RX 6600 series (referring to the RX 6600 XT) will be positioned as a premium 1080p gaming solution, offering faster performance than the RTX 3060. As for pricing, rumors have been suggesting pricing of around $349-$399 US but we have to wait till tomorrow to find out what the RX 6600 XT is actually going to cost.