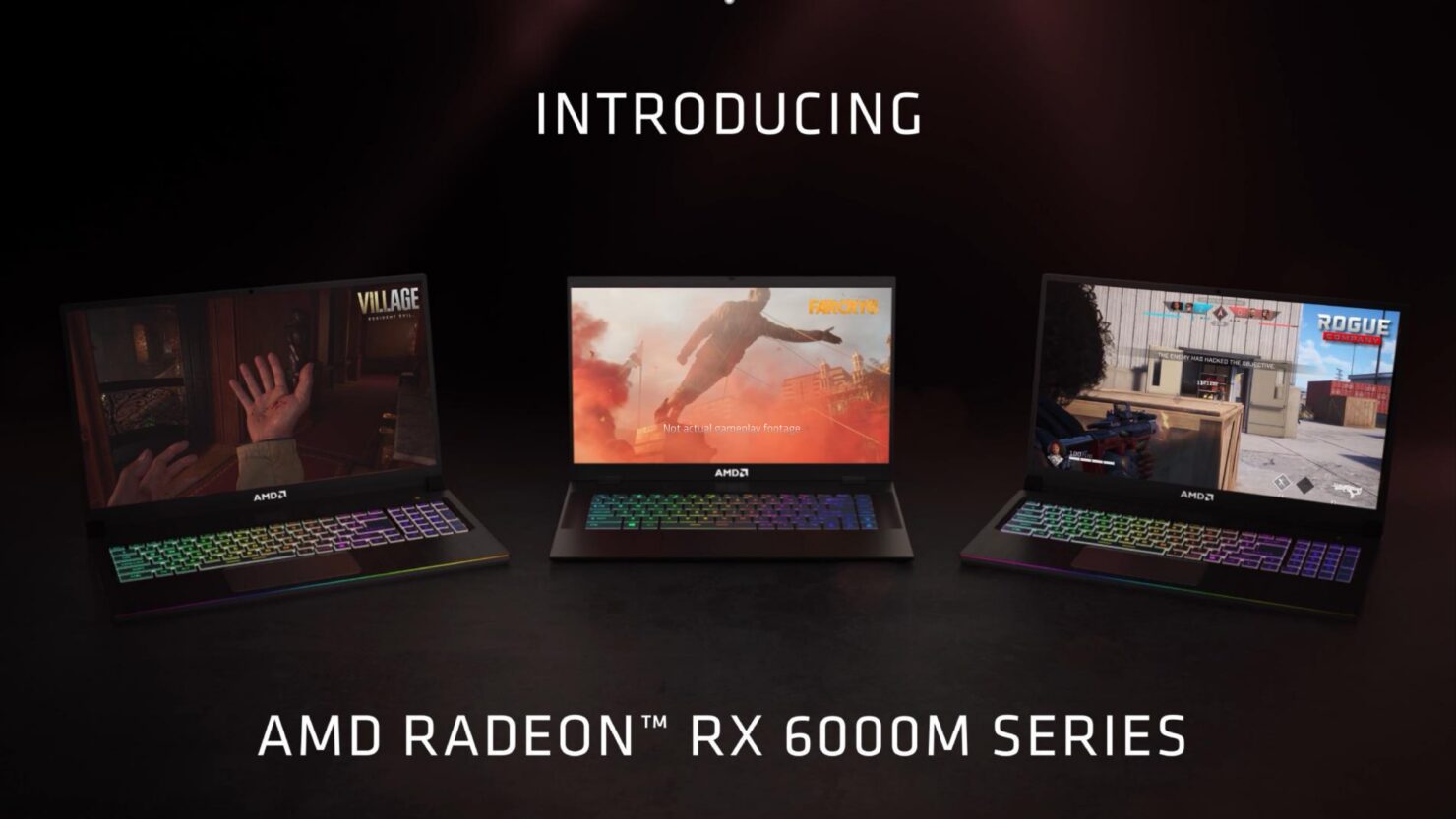 AMD has officially announced its brand new Radeon RX 6000M Mobility lineup for gaming laptops which are powered by the RDNA 2 graphics architecture. The lineup consists of several variants & various GPUs that are going to power premium notebook designs based on Ryzen 5000 platforms.

While the AMD Radeon RX 6000 Desktop lineup starts with the Navi 21 GPUs, the Radeon RX 6000M Mobility lineup is starting with the Navi 22 GPU. The reason is plain and simple, just like the NVIDIA Ampere GA102 GPU, the Navi 21 GPU is just too big and too power-hungry for laptops to handle, as such, both companies are offering their 2nd best GPU on gaming laptops. NVIDIA's best chip on the platform is the GA104 and AMD's best chip is the Navi 22.

There are going to be several chips within the Radeon RX 6000M family, namely AMD Navi 22, Navi 23, and Navi 24. The flagship product in the lineup is the AMD Radeon RX 6800M which comes with a fully enabled Navi 22 GPU SKU that offers 2560 stream processors packed within 40 CUs, a 12 GB GDDR6 VRAM capacity, a 192-bit bus interface, and 96 MB of Infinity Cache. All that is packaged in a GPU with a TGP starting at 145W. The Radeon RX 6800M has performance targeted at 1440p titles.

According to performance slides posted by AMD, the Radeon RX 6800M is faster than the NVIDIA GeForce RTX 3080 8 GB Mobility chip in several current-gen titles such as Resident Evil Village, Dirt 5, Black Ops Cold War, Borderlands 3 & Assassins Creed Valhalla. This makes it the fastest mobile chip yet. What's more impressive is that AMD is touting up to 40% higher performance on battery vs NVIDIA's RTX 3080 mobility solution. 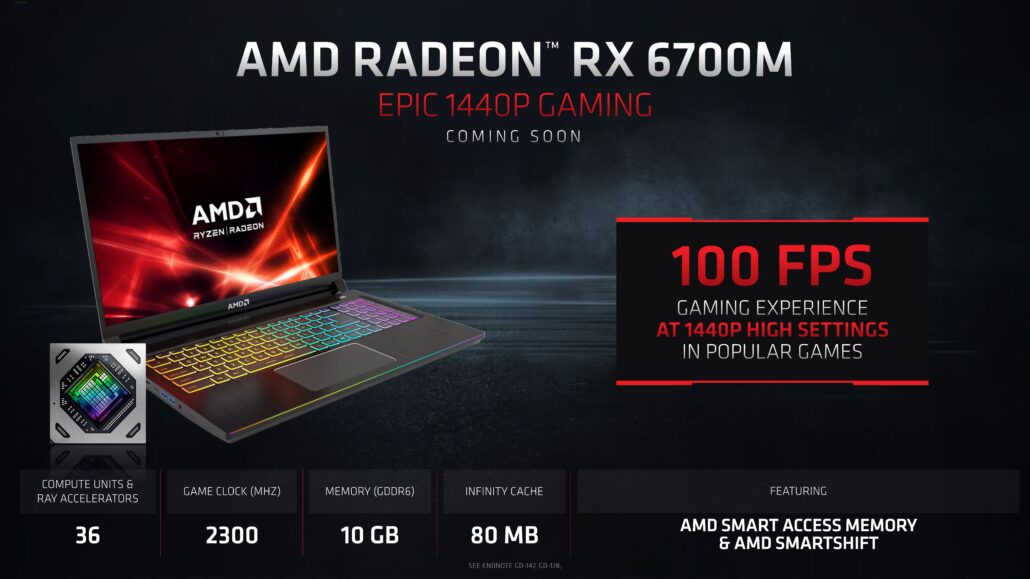 Performance data shows the AMD Radeon RX 6600M outperforming the NVIDIA RTX 3060 6 GB mobility chip in several current-generation titles. AMD has also announced three brand new RX 6000M powered laptops with Ryzen 9 5900HX CPUs which will be arriving in early June. Laptops such as the ASUS ROG STRIX G15 and the HP OMEN 16 are sure to take things to the extreme by delivering an all-AMD design and superior performance compared to Intel and NVIDIA offerings.