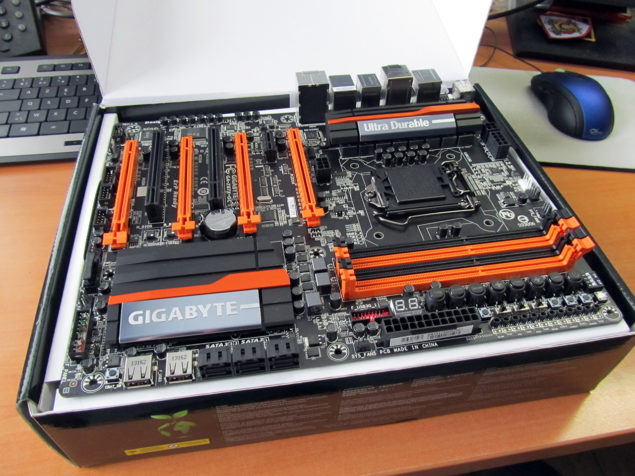 Gigabyte's GA-Z87X-OC motherboard has been unboxed and most of the features have been detailed by PCWorld. If you have been following us, you might already know from previous reports that the GA-Z87X-OC from Gigabyte is built specifically for overclockers featuring top of the line components to push the boundaries with Haswell CPU.

The Gigabyte GA-Z87X-OC comes with an 8 Phase Solid VRM which makes use of DRMOS, International Rectifier MOSFETs which provides the best overclocking stability and reliable power supply. The motherboard comes with  a orange and black design theme with a touch of silver on the two heatsinks. The top heatsink comes embedded with an Ultra Durable logo since the motherboard makes use of the fifth generation Ultra Durable 5 feature set that includes All IR Digital Power Design (IOR International Rectifier) with IR digital PWMs equipped with IR Powerstage ICs. The PCB itself is a 2 layer copper design and equipped with Durable black solid capacitors. Other features include Intel LAN with high ESD protection, UEFI DualBIOS support.

As for features, the GA-Z87X-OC has several buttons for overclockers on the board. These include BCLCK, Turbo, Gear, Power switches at the side of DIMM slots, Voltage measuring points, Debug LED and a Dual BIOS switch. There’s also a LN2 switch which can disable the Dual BIOS option on the motherboard. The Z87 PCH is covered with a blue heatsink which is also not a final design, comes with Four PCIe 3.0 x16, 2 PCI and a single PCIe x1 slot. It comes with 6 SATA 6 GB/s ports for storage and the rear panel provides six USB 3.0 and two USB 2.0 ports, two USB 3.0 ports are also located near the SATA ports which is a feature also seen on other Haswell motherboards such as ASRock's Z87 Extreme 4. 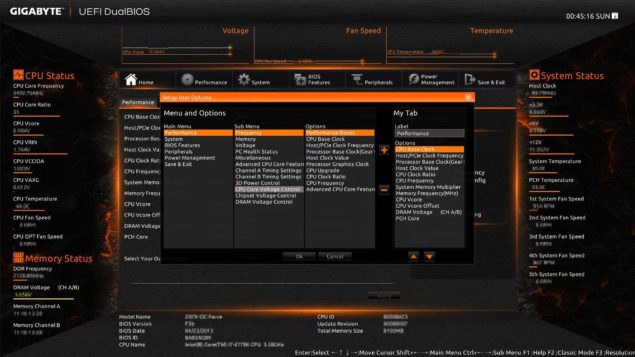 Power is provided through an 8 Pin + 4 Pin connector which adds additional juice to the CPU for overclocking. An additional 6-Pin connector provides extra power to the PCI-e slots. The LGA 1150 socket is built to support the upcoming Intel core Haswell processors which would launch on 2nd June 2013. The GA-Z87X-OC comes with a newly designed UEFI BIOS that looks neat compared to GIgabyte's older iterations and has a matching color theme to the board. Overclockers would be delighted to see many features such as adjustable voltage switches  voltage read points and various other options on the motherboard. You can also check out Gigabyte's Z87 Sniper lineup here.

Following images are courtesy of PCWorld! 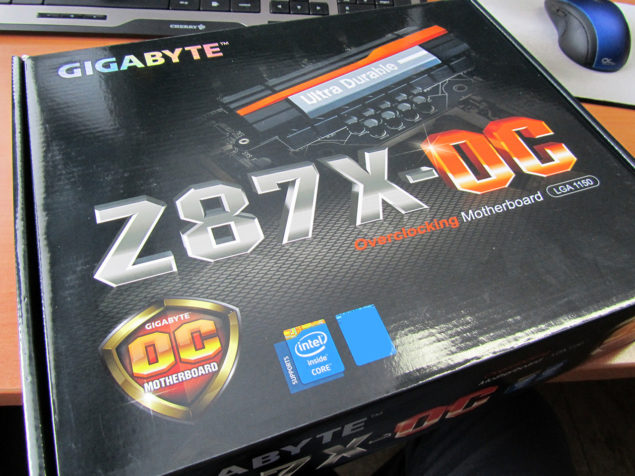 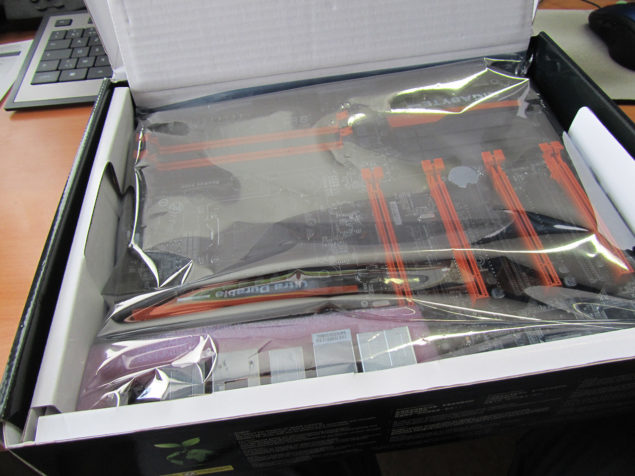 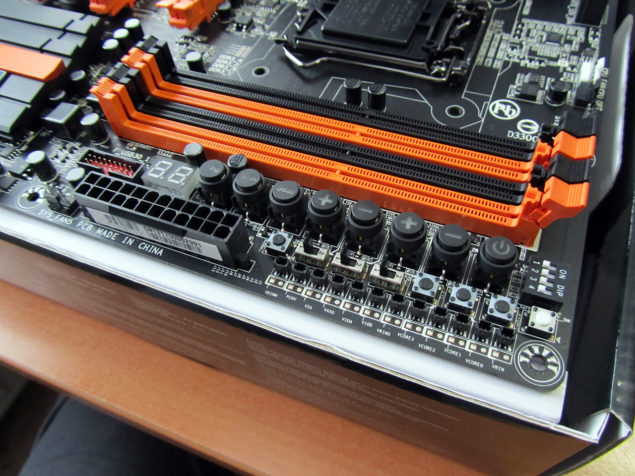 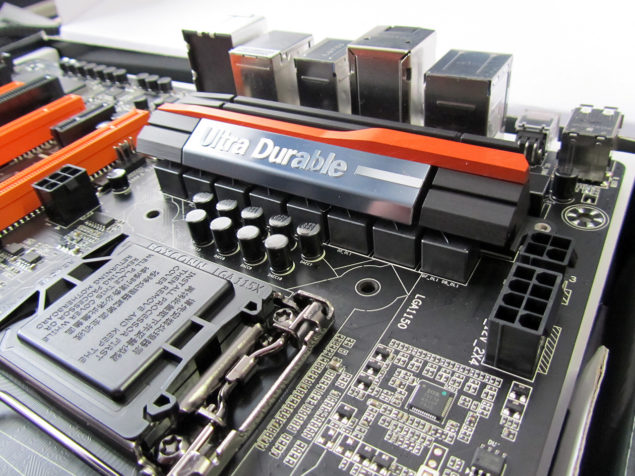 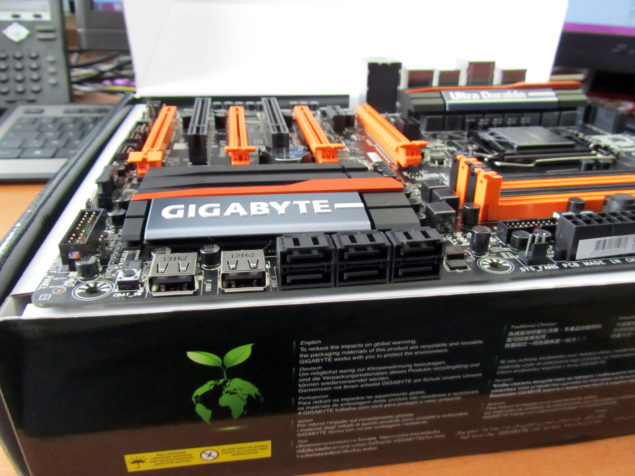 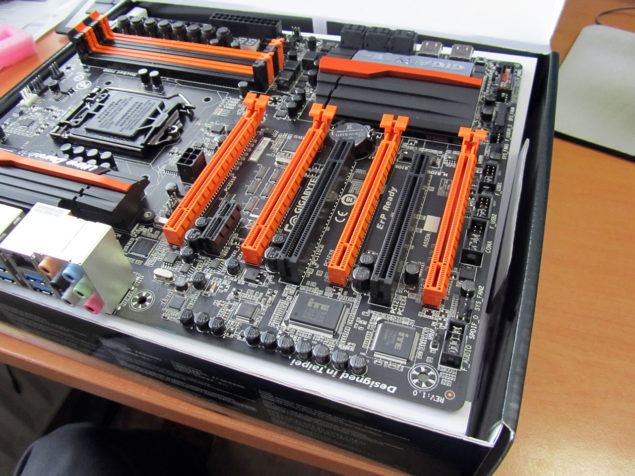 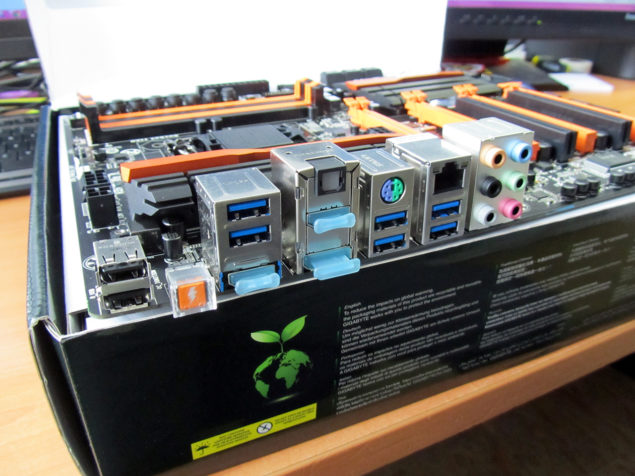 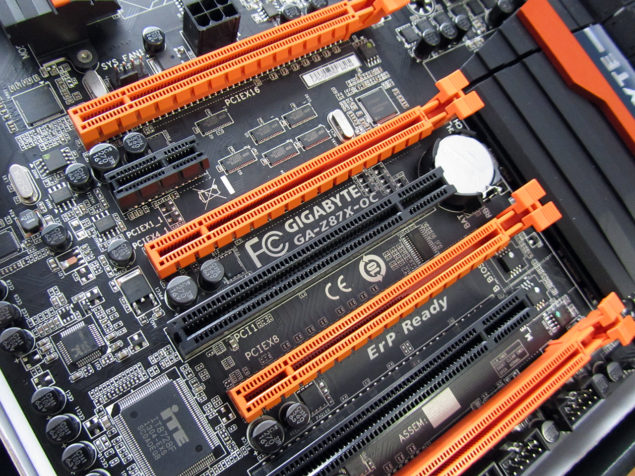