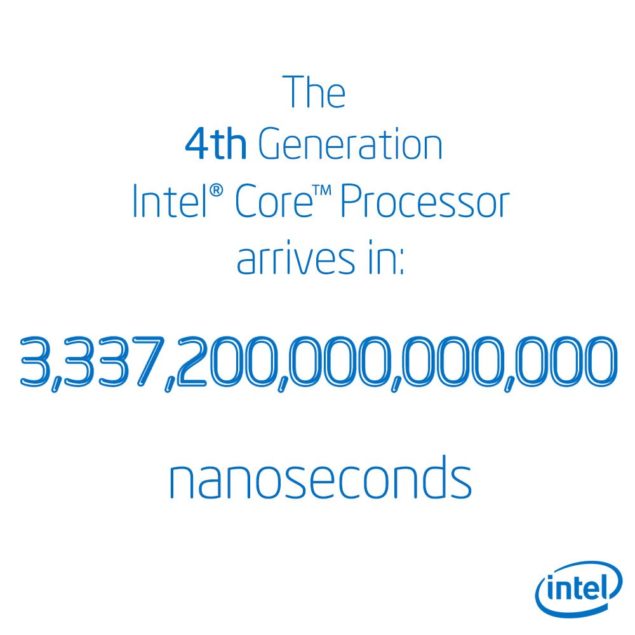 Intel has officially announced the launch date of their upcoming 4th Generation Haswell desktop processors. The launch would take place in the first week of June during the Computex 2013 event starting from 3rd - 7th June in Taipei. Along with the launch date, VR-Zone has released the first image of the Haswell desktop box packaging which looks quiet interesting. The complete Haswell microarchitecture details can be found here.

The Intel Haswell desktop processor lineup would consist of 14 new desktop Core i7 and Core i5 chips. The Intel R-Series Haswell chips would also be available for the desktop PCs but only in BGA packages. These would be limited to NUCs and All-In-One PCs. Compared to the regular desktop parts which come with GT2 (HD 4600) graphics chip the R-Series parts would feature faster GT3e (HD 5200) graphic chips with 128 MB DDR3 onboard eDRAM. Prices for the desktop lineup were leaked yesterday which can be seen below: 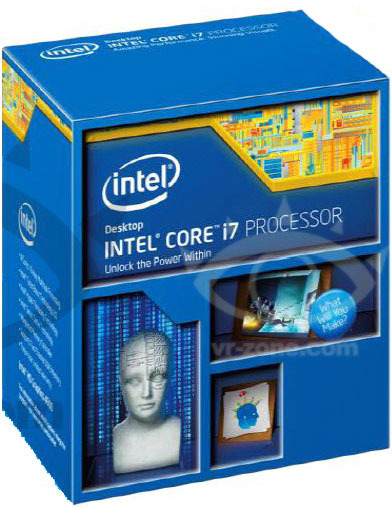 There are several other chips which would be available shortly after launch including low power Core i5 and Core i3 models which are listed here. The Haswell R-Series processors are listed below, availability of these processors are expected during launch in NUCs and AIO PCs from OEM manufacturer's.

Other than these, Intel is already shipping mobile Haswell chips to various OEMs. Intel's upcoming Ultrabooks would feature the new Haswell chips along with faster GT3e equipped high-end notebooks. Both mobile lineups can be seen here and here.

Haswell won't be limited to consumers only. Intel, at launch would also debut the Xeon E3-1200 V3 server CPUs based on the 22nm Haswell microarchitecture. The lineup is listed below: