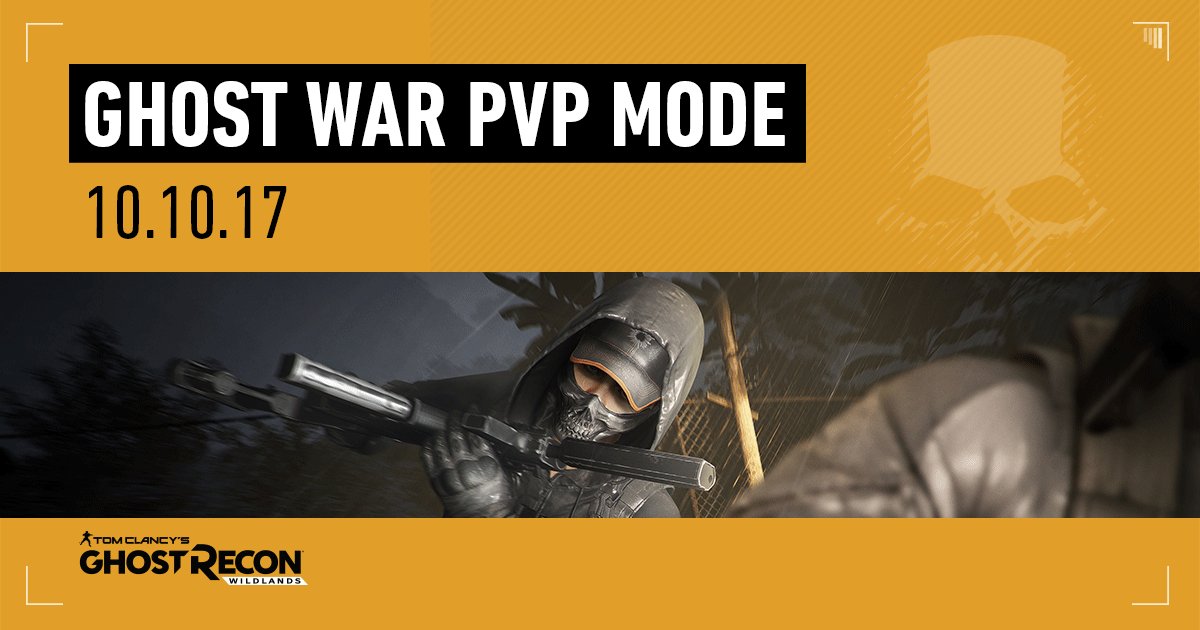 Ghost War, the free PvP mode coming to Ghost Recon Wildlands, will be available for everyone on October 10th.

Ubisoft announced this via Twitter. They have also stated on the game's official website that Ghost War will be expanded after the October 10th release with more classes, maps and modes.

Ghost Recon Wildlands players looking to test their skills against human opponents can mark their calendars for October 10, the day that Ghost War brings 4v4 team deathmatch for free to all players who own the base game. At the start of each match, players will choose from among 12 soldier classes with distinct weapons and perks. Once they take to the field on one of the eight maps, they’ll need to coordinate with their teammates and take the fight to their foes. New mechanics including suppressing fire and sound markers will make cover positions and situational awareness an even more important part of the tactical landscape.

October 10 is is just the start, as Ghost War will continue to expand and bring players new opportunities and challenges. According to Lucian Istrate, the lead game designer on Ghost War at Ubisoft Bucharest, players should “expect more classes, more maps, and even new modes to be added in the future!”