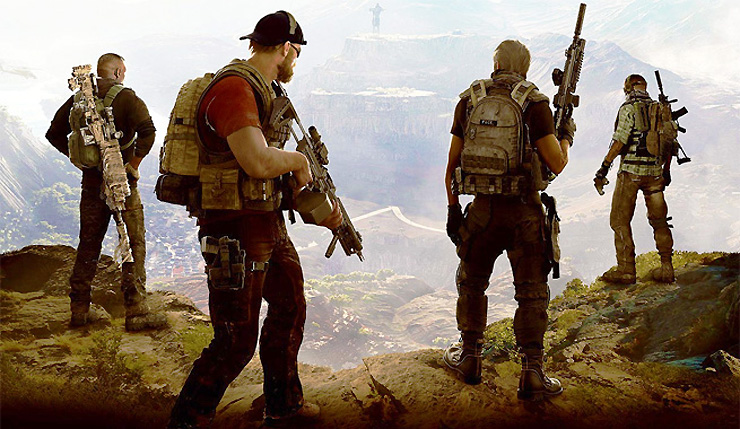 Update: Ubisoft has confirmed they will be holding a “World Premiere” this Thursday (May 9). It seems the reveal will be for a new game in the Ghost Recon series…

Tune into the #GhostRecon World Premiere event May 9 at 11:30 am PT.

❤️ this Tweet to watch the Official Announce Trailer on May 9! pic.twitter.com/n7emQ6M0p7

Could Ubisoft be about to announce their latest Tom Clancy game? That’s what some observant Ghost Recon Wildlands players think, as the game has been dropping hints about something for a while now. Wildlands’ new Operation Oracle update, which dropped yesterday, includes a new file inviting players to “Skell Con,” which apparently takes places on May 9, 2019 at 11.30am PT. Thanks to YouTuber Corecross for discovering and sharing this.

As mentioned, this isn’t the first tease we’ve seen from Ghost Recon Wildlands. One of the game’s pervious updates included an Easter egg that eventually directed players to a website for the fictional Skell Tech corporation, which can be accessed with the username “asantos” and the password 10068. This grants you access to a promo video for Skell Tech, which provides an overview of some of the drones, robots, and other gizmos the company produces. They sure look like useful tools, don’t they? Like something you might use in a stealth game or tactical shooter!

So, what does this all mean? The speculation is that Ubisoft is teasing a new Tom Clancy game, but, of course, those come in lots of different flavors. A new Ghost Recon game would be the most obvious thing, but there have been recent hints Ubisoft may be considering a new Rainbow Six Siege spinoff, as well. And we can’t forget those longstanding Splinter Cell rumors! And hey, what if they’re not teasing a Tom Clancy game at all? The first thing I thought when I saw all those drones in the Skell Tech video, was Watch Dogs.

I guess we’ll just have to until May 9 to find out what Ubisoft’s teasing. Maybe they’ll announce a new Splinter Cell or some other exciting thing! Or maybe we’ll just get another tease. We shall see. What do you think Ubisoft is hinting at?

Ghost Recon Wildlands is available on PC, Xbox One, and PS4.