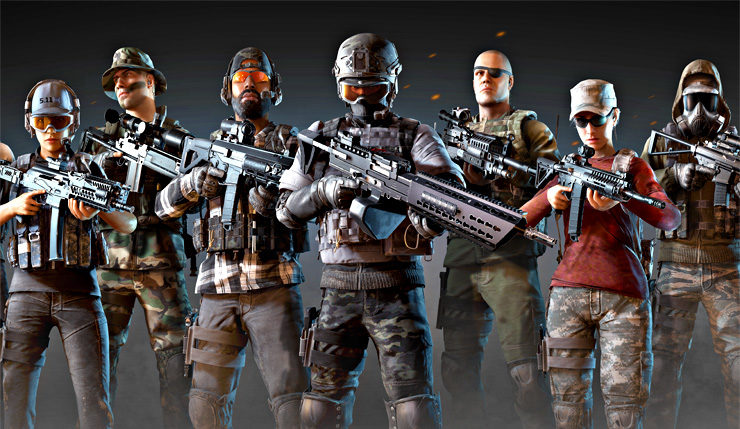 The most popular retail game of 2017 is getting a free trial this weekend. Tom Clancy’s Ghost Recon Wildlands may not get as much attention as some other recent titles, but it still tops the NPD Group’s 2017 sales charts, and soon you’ll have a chance to find out what the big deal is.

Ghost Recon Wildlands will be free to play on PC, Xbox One, and PS4 from October 12 to 15. Here’s what Ubisoft has to say about the trial.

Tom Clancy’s Ghost Recon Wildlands will offer a free weekend on PC, Xbox One, and PS4. In addition to having full access to the base game’s content, new players will get the chance to experience Ghost War, the new free PvP update for Tom Clancy’s Ghost Recon Wildlands, which will be available as a free update on all available platforms starting tomorrow, October 10, 2017.

New players will be able to pre-load the game starting today, October 9, 2017 via Uplay on PC. In conjunction with this free weekend, there will be 50% discount on all editions of the game. Players who purchase the full game will find that all their progress will carry over from the free weekend.

As Ubisoft mentions, this free weekend is designed to promote Ghost Recon Wildlands’ new 4-on-4 Ghost War experience. You can check out a trailer and description of the PvP mode below.

“Ghost War is a 4-versus-4 team deathmatch experience that builds on the tactical squad play from the main game, where strategy is equally as important as skill. Using one of the 12 distinct classes, each with their own varied characteristics, weapons, perks and customization options, players will engage with enemies across eight unique maps. Ghost War also integrates new PvP mechanics, including suppressing fire and sound markers, to create a strategic and intense team-based multiplayer mode.”

Will you be trying out Ghost Recon Wildlands for the first time this weekend? Are you existing fans excited for Ghost War mode? Hit the comments to talk Tom Clancy.