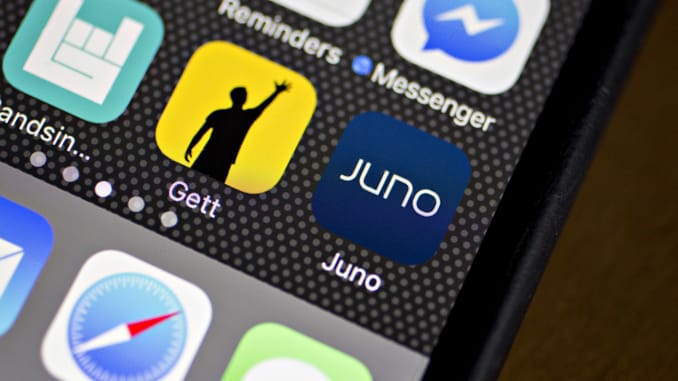 New York’s ride-hailing space has become narrower with the exit of Juno – the startup owned by the Volkswagen-backed ridesharing company Gett.

“This development reinforces Gett’s strategy to build a profitable company focused on the corporate transportation sector, a market worth $1 trillion each year,” said Gett CEO Dave Waiser in a statement.

The Tel Aviv-headquartered Gett had acquired Juno in 2017 for $200 million. In a statement that was released on Monday, Gett announced the termination of its New York operations and a concurrent initiation of a partnership with Lyft (NASDAQ:LYFT), whereby, Gett’s corporate customers can continue to use its app to hail rides from Lyft. This is primarily intended to facilitate the company’s overseas clients as they land in the U.S.

The statement cited the “enactment of misguided regulations in New York City earlier this year” as one of the reasons for the termination of Gett’s operations in New York’s jurisdiction. As a refresher, New York’s city council enacted a number of rules last year that targeted ridesharing services. These included the imposition of a first-ever license freeze for ride-hailing vehicles. This freeze was extended for another 12 months in August 2019. Moreover, in January, Uber (NYSE:UBER) and Lyft trips to and from a wide section of Manhattan became subject to a $2.75 congestion tax. Additionally, despite a lawsuit from Lyft and Juno, ridesharing services were obligated by the council earlier this year to start paying their drivers a minimum of $17.22 per hour. Finally, the city has recently also restricted the drivers’ cruising time – one spent by drivers while waiting for their next rides or driving to their customers.

Gett’s departure from New York is effective immediately. Nonetheless, the company has sought to reassure its drivers: “Juno drivers will be paid in full by Juno for all rides completed by Juno’s service end-date. All Juno riders will be invited to join Lyft.”

The acquisition of Juno by Gett in 2017 served as a bulwark for the company as it planned to expand its presence in New York and then beyond. The company chose a different strategy than one taken by Uber and Lyft as it placed its drivers and their compensation in the limelight, thereby, trying to attract customers based on its corporate ethics. It also focused on key markets in order to reduce operating costs and improve profitability.

As Gett had not expanded beyond New York, its new partnership with Lyft will, paradoxically, grant it a greater geographical footprint. Moreover, the company is expecting a positive year-on-year EBITDA by the close of the current year in December 2019. As a reference, the previous reading in December 2018 came out at -$3.5 million. It should be noted that Gett maintains a respectable global corporate clientele with the company serving as many as 15,000 companies. It also plans to go public by the first quarter of 2020.