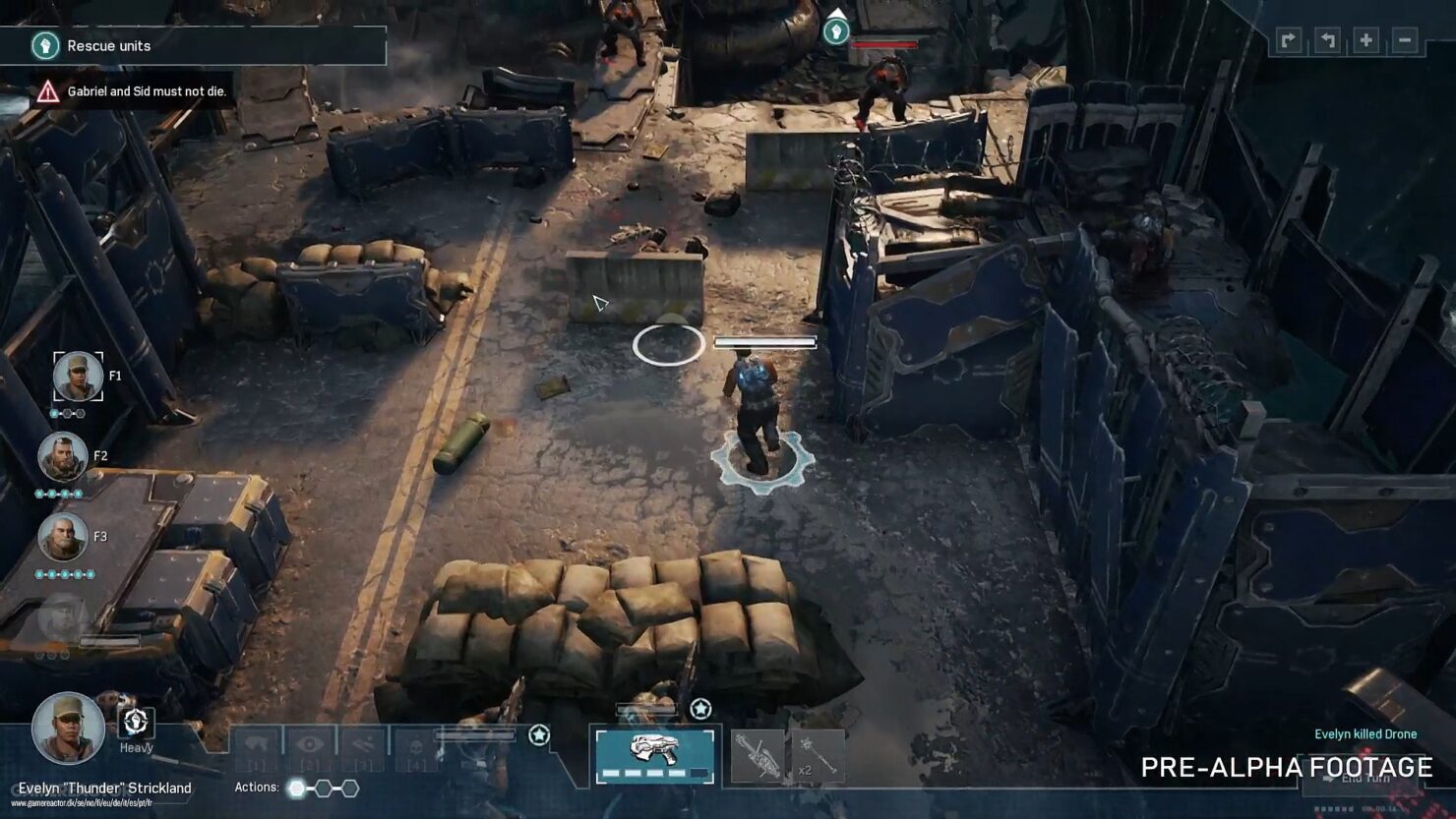 Gears Tactics was one of the surprises The Coalition had for franchise fans at E3 2018. Studio Head Rod Fergusson jumped on the stage to announce not one but three games: Gears 5, Gears Pop! and Gears Tactics.

With Gears 5 set to launch on September 10th (September 6th if you get the Ultimate Edition) and Gears Pop! already out on mobile devices, Gears Tactics remains the only one in development. However, we haven't heard anything new in quite a while.

Luckily, Rod Fergusson said on Twitter he met with the development team last Wednesday. He also added that the game, originally announced only for Windows 10 PC, will indeed make it to Xbox One as well.

This is perhaps unsurprising considering the nature of the title. Developed by Splash Damage (Dirty Bomb), the British studio that already worked alongside The Coalition on the multiplayer sides of Gears of War: Ultimate Edition and Gears of War 4, Tactics is an X-COM like turn-based tactics game with customizable squads, upgradable weapons and massive boss battles. There's not much else we know about the game, other than the fact it's set about twelve years before the original Gears of War, thus making it a prequel. It is also centered on a brand new squad of characters compared to the ones we've seen in the main entries.

Hopefully we'll learn more about it as we get closer to the release date. In the meantime, stay tuned on Wccftech!