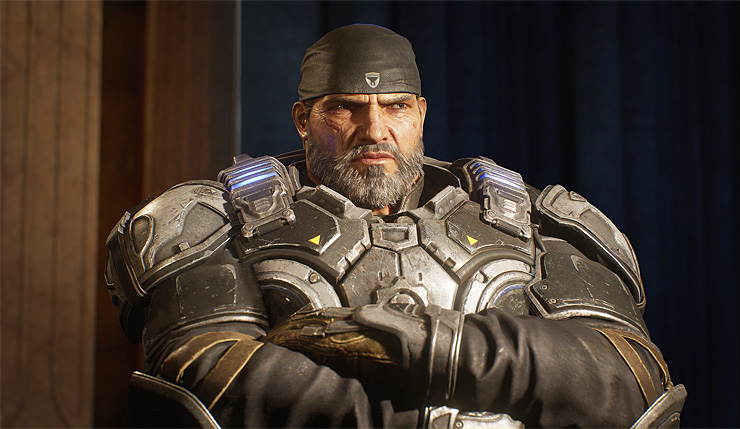 In 2020 Epic games provided a first peek at Unreal Engine 5 via their breathtaking “Lumen in the Land of Nanite” demo, and yet, nearly a year later, we haven't heard much about games actually using UE5. At this point, it’s literally a list of one – Ninja Theory’s upcoming Senua’s Saga: Hellblade II. InXile Entertainment has also said their unnamed next RPG will use the engine. Well, now another Microsoft-owned studio, Gears developer The Coalition, has announced they’re jumping aboard the Unreal Engine 5 train! Unfortunately, the Vancouver, Canada-based studio hasn’t confirmed what UE5 games they’re working on, but still, this is the first major AAA studio to announce their support for the engine. Here’s what The Coalition had to say on the subject…

As we look to future games, we’re excited to start shifting our resources to next-gen development using Unreal Engine 5. Gears of War has always been at the front of Unreal Engine development – as a breakout 720p title for Xbox 360 through last year’s 120FPS multiplayer update for Xbox Series X/S – and we’re excited to continue that tradition by developing on UE5 for multiple new projects in the coming years.

As for what the immediate future brings, you can look forward to new content for Gears 5, but don’t expect any new game announcements for a while.

Gears 5 has content on the way, and we’ll continue to release new operations through Operations 7 and 8. Each Operation will have two drops including new characters, new maps, and special events. Through the end of the year, we will have store updates with exciting new content as well as featured playlists. Shifting to a new engine is a big undertaking, so we want to be clear that we will not be announcing any new projects or titles for some time.

For those who haven’t been keeping up, Unreal Engine 5 features various cutting-edge technologies that should change the way games are created, most notably Nanite, a “virtualized micropolygon geometry” system that essentially allows developers to import film-quality models and assets into games in real time. Most of the games coming out or announced for the near future are still being built on last-gen engines such as Unreal Engine 4, so it will be very interesting to see what devs can create with true next-gen tech. It’s also interesting that the only studios to announce they’re using UE5 so far are all Microsoft-owned, considering Sony’s investments into Epic Games.

What do you think? Excited to see what The Coalition is cooking up with Unreal Engine 5?