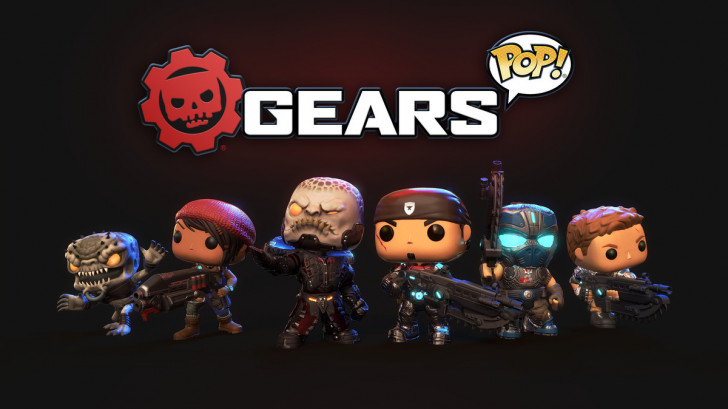 At E3 this year, Microsoft announced that they'd release Gears of War on mobile. The game is titled Gears POP, and it looks... interesting, to say the least. The title was up for pre-registration and will now be widely available to all users starting August 22nd. The timing on this one is perfect, considering that Gears 5 drops on September 5th next month and Microsoft wants people talking about the franchise well before it is out in the open. Here's the game trailer:

The game retains most, if not all, core Gears of War elements and gives them a Funko Pop twist.  Gears POP is a squad-based game where players can collect and upgrade thirty Gears of War characters to create the ultimate squad by mixing and matching their unique abilities. There is also the option to add characters to the game through scannable cards that come with the Gears of War Funko Pop figures. Gears POP is centred around real-time strategic PVP, but there will also be a single-player mode which will pit players against bots. The game is free-to-play, and we can expect it to be heavily monetised. Microsoft also put out a blog post detailing the title's release on the 22nd.

I don't want to jump to conclusions, but Gears POP bears all the markings of a garden variety watered-down mobile port of a popular franchise. The game will likely be riddled with microtransactions involving multiple currencies, a stamina system and artificially imposed difficulty barriers that will 'incentivise' players to open up their wallets.