Gammaxx GT CPU Cooler has been Updated by DeepCool

The Gammaxx GT A-RGB cooler gets more control over its RGB lights and an updated heatsink design in its latest revision. The original Gammaxx GT cooler already had RGB lights included, however, the fan was only able to display a single color rather than multiple RGB effects.

This cooler is still based on a classic single-tower design which has a total of four 6 mm heat pipes made from copper. The single-tower has a total of forty-six all aluminum fins, which allows for more than adequate heat transfer and dispersion between the fins. Cooling down this single tower design is a 120 mm fan that has a variable speed between 500 and 1,650 RPM. This fan, at max speed, can make up to 27.8 dBA of noise and features PWM fan control. 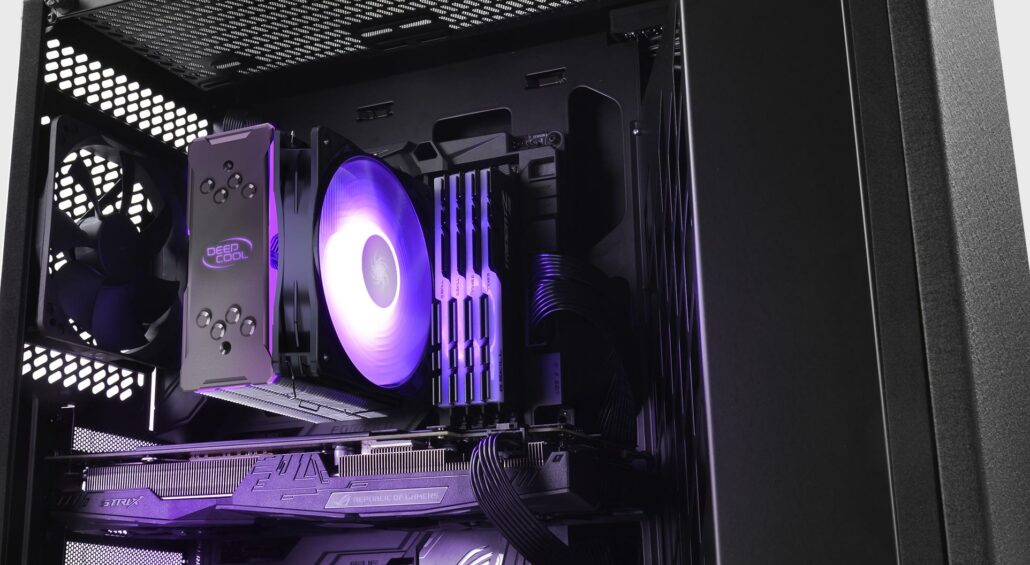 The DeepCool Gammaxx 400 is the pre-updated version which had a few issues, including a cheap and an unfinished design of the CPU cooler and the high noise the fan-produced when under load. These have been fixed by DeepCool with the refresh the Gammaxx 400.

The Gammaxx 400 has an unfinished look overall but costs just $19.79 on Amazon while the Gammaxx GT A-RGB has a more finished look overall with copper pipes running through the aluminum fins that give this CPU cooler a very finished look. The heatsink also has a cover plate at the top which features RGB LEDs under the DeepCool logo, offering a more premium look than the older variant.

The fan included in the Gammaxx 400 is only able to light up in a single color, while the fan included with the Gammaxx GT A-RGB contains a fan that lights up in multiple colors. These lighting zones are not confined to just the fan itself, but also the top of the CPU cooler is entirely configurable through your motherboards four-pin CPU connector. The cooler measuring 129 mm wide and 77 mm deep, so the RAM clearance should be no issue, and with the CPU cooler being 157 mm tall, so this CPU cooler should fit into virtually any PC case unless the case is designed for mini-ITX or mATX motherboards.