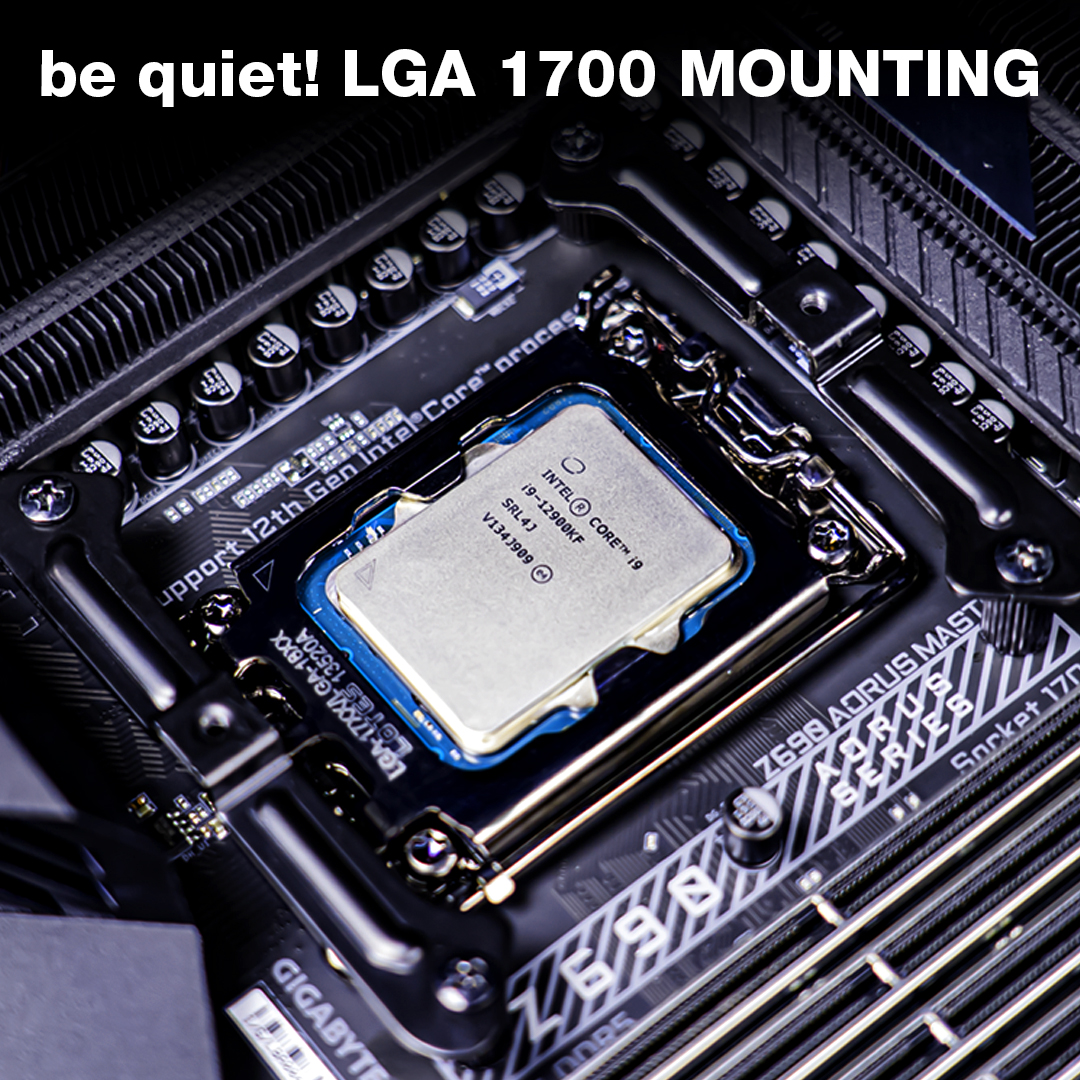 Following Noctua, be quiet! and ARCTIC have also released their own compatibility list for Z690 motherboards with their Alder Lake CPU cooler lineup. It looks like the cooler manufacturers are still evaluating the Z690 board lineup but ASUS motherboards once again show incompatibility with a large array of cooling solutions.

be quiet! announced its Intel Alder Lake LGA 1700 mounting kit a few days ago and also released the full list of coolers that will be getting support for the next-generation CPU lineup. The following coolers are compatible with the mounting kit for the new Intel Socket LGA-1700:

The manufacturer also released a motherboard check tool that lets you know if your 600-series board will be compatible with the be quiet! LGA 1700 cooling lineup. While be quiet! will offer the mounting kit free of charge, those that don't have proof of purchase in the form of an invoice can purchase the kit separately for 5,46€ / 6,38 USD.

Intel's new socket LGA 1700 and the fitting CPUs are available now - and of course they demand to be cooled properly! You can find all necessary information about that here: https://t.co/UzdFMZxw9W.

Please note: Due to the high demand there may be delays in delivery right now. pic.twitter.com/6kEjybK7Iu

ARCTIC Cooling also announced a list of incompatible motherboards with its Liquid Freezer II lineup though the manufacturer has a remedy in place. The PCB cover for the water pump that interferes with the VRM heatsink on the listed motherboards can be easily removed and removal of the cover doesn't affect the functionality or safety of the AIO. 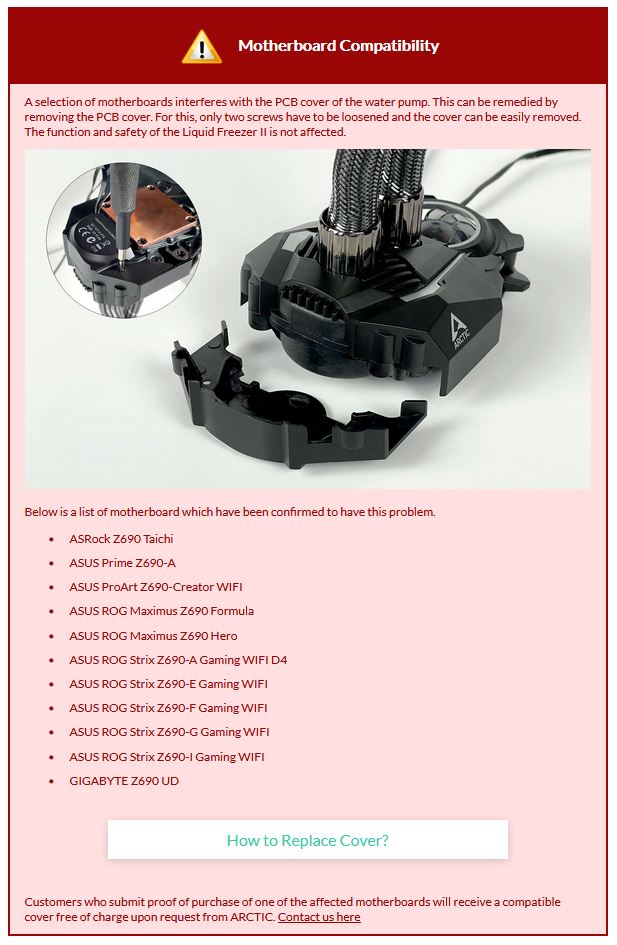 It's a good part of ARCTIC to have this design on its AIO cooling lineup as the Liquid Freezer II lineup is regarded as one of the best cooling solutions in the market right now and it would be a bummer if you weren't able to slot it on your new Alder Lake PC.