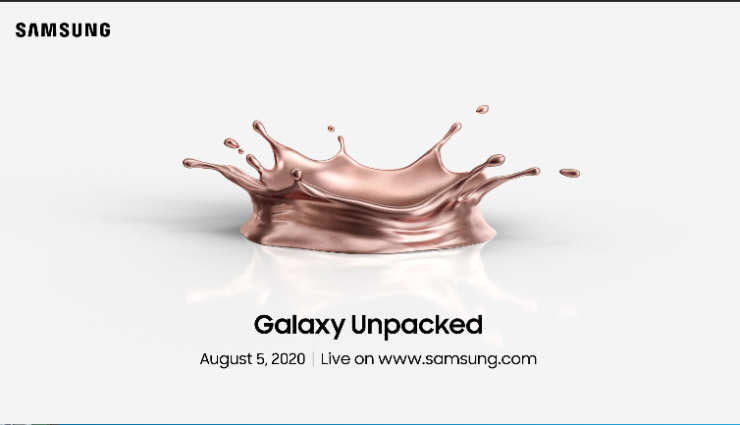 Samsung is planning on releasing a number of devices at its Galaxy Unpacked event that is taking place next month, and while we have seen a number of leaks in the past. Today is perhaps one of the most convincing ones as we got our hands on a number of leaked devices in the mystic bronze colour.

When we say devices, we mean that the Galaxy Z Fold 2, Galaxy Watch 3, Galaxy Note 20 Ultra, and Galaxy Buds Live have all been subject of these leaks. I know this sounds too good to be true, but these renders do corroborate with the previous renders we have had the chance to look at, so these are believable, at best.

The leak was reported by Ishan Agarwal who shared a number of renders that appeared at the Chinese social media Weibo. Sadly, the renders are not in the best of quality, but they are more than enough to make up the important details about the devices. Another thing is that some of them are in a very strange resolution, and perhaps might appear a bit too stretched or squashed. But again, these are just leaked renders, and the actual devices are going to look a lot better.

Now the shared photos are obviously not in some condition that we would call them acceptable but the design understanding that they reveal is still great. Especially the design on the Galaxy Z Fold 2 looks a lot better than we had expected. As far as the other pictures concerned, we have already extensively seen them in a number of leaks and even a full hands-on video.

All these devices are said to be revealed at the Galaxy Unpacked 2020 that is taking place on 5th August, later this year. This will be an online-only event, and we are waiting to see what Samsung has in store for us.