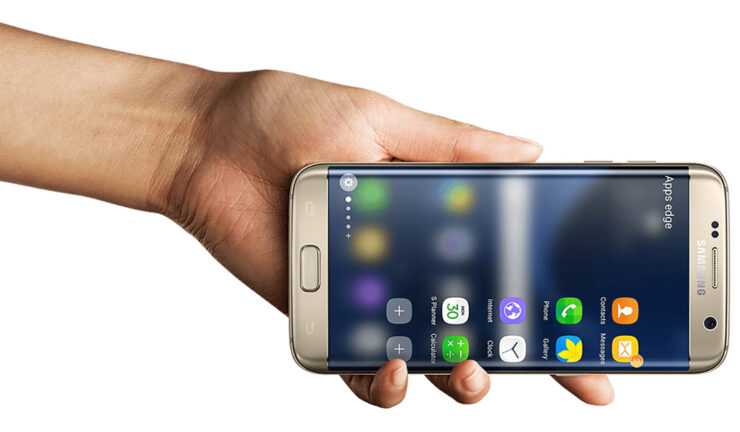 Samsung is gearing up for its Unpacked event that will be held on February 11, where it will likely announce the Galaxy S20 and the Galaxy Bloom, formerly referred to as the Galaxy Fold 2. The company would be laying a lot for this launch to go as smoothly as possible but things are never this simple, are they? Unfortunately for Samsung, a potential PR disaster has struck once again as a Galaxy S7 edge owner claims the phone caught fire without any provocation.

Bangalore's Seema Agarwal purchased her Galaxy S7 edge back in December 2016. According to the report, she claims she has only used the original charger and USB cable since purchasing the phone and that it has never been opened or serviced. In December 2019, she kept the phone on the porch of her house after noticing that it was getting hot. In about 15 seconds, the device went up in flames, even though it wasn’t plugged in. Since the incident, the owner claims she’s very anxious and is thinking about never using such handsets again.

A complaint has been filed with the police and Samsung was also contacted in the process. However, the South Korean giant has absolved itself of any responsibility and says that its personal investigation has concluded that the Galaxy S7 edge caught fire because of an external fire or heat source. It looks like the company isn’t accepting any responsibility for the incident, which could only explain why the family has criticized the response and is planning to sue the company.

“Based on the investigation, it is found that the origin of damage in the mobile phone/battery was not due to the Samsung product quality but on account of some external fire/heat source which damaged the phone, and further damaging the battery.” 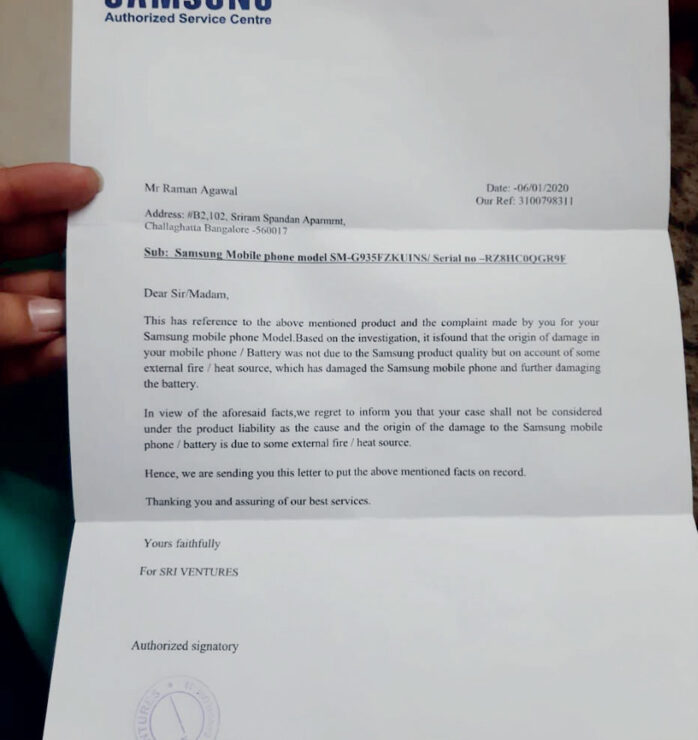 It’s worth mentioning that the Galaxy S7 edge was released in 2016, the same year when the Galaxy Note7 was launched. If you recall, the Galaxy Note7 was discontinued because of repeated explosion and combustion issues. However, this is the first time that something similar has surfaced regarding the Galaxy S7 lineup. Since the Galaxy Note7 fiasco, there have been very few reports of defected batteries that go up in smoke, suggesting that Samsung was able to resolve the matter.

However, it might create a circle of concern for some potential Samsung smartphone customers. Keep in mind that the upcoming Galaxy S20 is expected to sport a large battery and thus, the report about the Galaxy S7 edge is disconcerting and might put some of them off. Perhaps a detailed response by Samsung in the future will help assuage the fear and remove any doubts that consumers might have regarding battery safety.