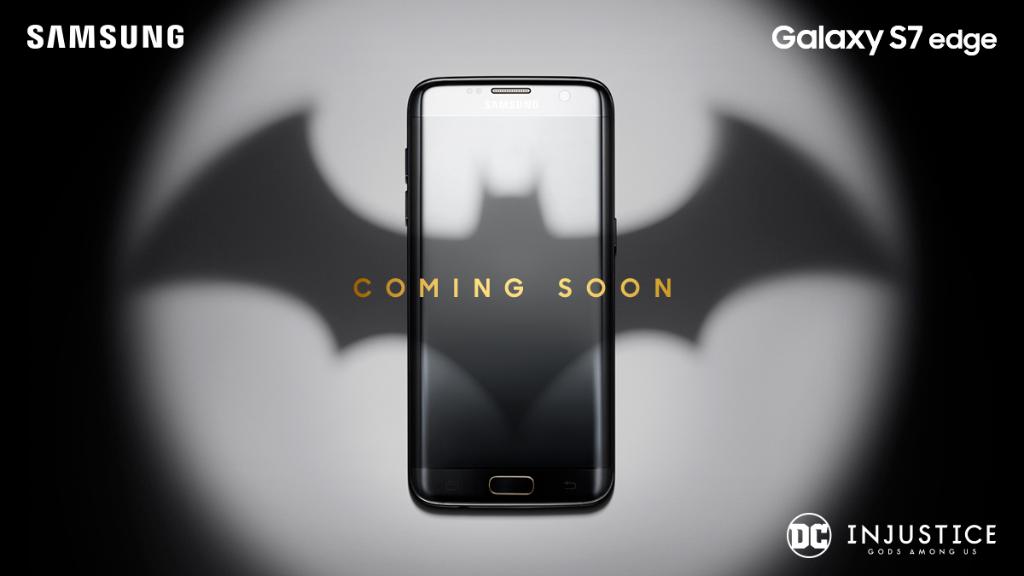 The last time Samsung introduced a uniquely themed smartphone, it was the Galaxy S6 with the Avengers outlook. Now, the company has provided a sneak peek to its next Galaxy S7 edge; one that will sport an Injustice Gods Among Us theme.

Galaxy S7 Edge Injustice Gods Among Us Theme – Inspired By The Video Game Or Does NRS Studios Have Something Else In Store For Us?

As for the hardware specifications of Galaxy S7 edge, the handset features support for a MicroSD card slot, allowing you to have tons of storage in the palm of your hands. The maximum storage capacity of the smartphone is 200GB, so it is highly unlikely that you will be running out of storage anytime soon.

Coming soon: A new device for the battle against the Gods Among Us. @InjusticeGame @WB_Games @DCComics pic.twitter.com/fcG7ktzi6V

There are several things going for the handset, and while there are some who might find the company’s TouchWiz UI unappealing to a huge extent, you obviously cannot ignore the deal present right in front of you. Are you excited for the grand unveiling of upcoming uniquely themed smartphone? Tell us your opinions in the comments section right away.