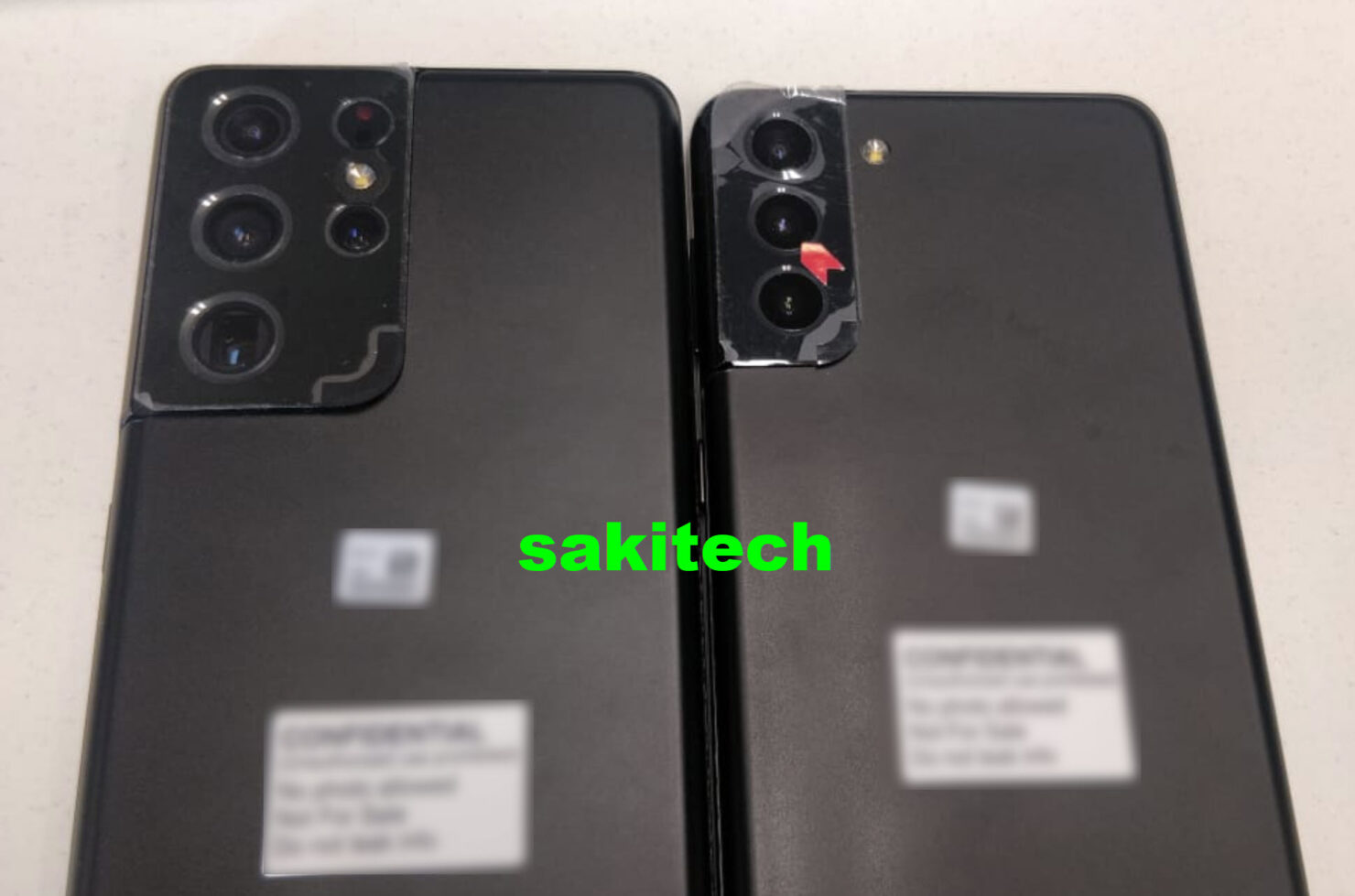 We are getting closer and closer to the Galaxy S21 series's official release, and we can say that the devices are gearing to be interesting. Even though the upgrade will be iterative, considering how Samsung is going to kill the Note series, people have higher than normal expectations with the S series this time around. The Galaxy S21 Ultra will be the star of the show as it will be the first S series phone to feature support for the S-Pen, but that is for a different time.

We have seen leaked renders of the Galaxy S21 series so far, but today is the first time we have seen real-world photos of the Galaxy S21 Ultra and S21 Plus. It is safe to say that they look exactly like they have done in their renders, so you are definitely getting devices that look good instead of the older devices. Aside from the picture, we also have some information on the camera system and information on the release date.

The leak is coming from sakitech, who is a renowned leaker in the industry. The picture shows both the devices from their back and protective sleeves with their camera systems. Additionally, the leaked video also talks about the camera specs and the suggested announcement date of 14th January.

Here is the the real world photo of the Galaxy S21 Ultra and S21 Plus, side by side.

The picture does corroborate with the previously leaked render, but now we know that the device is official and does exist. As for the camera on both devices, the Galaxy S21 Ultra will sport two telephotos camera, one of which will have a 10x zoom. You are also going to get a 12-megapixel ultra-wide sensor and a 108-megapixel main camera.

As far as the suggested release date is concerned, the video also talks about how the S21 series is going official on 14th January 2021. The Galaxy S21 series is also bringing the Galaxy Buds Pro alongside them for those who don't know.

The best thing about these leaks is how small the camera bump is; it is almost non-existent, and that presents a strong case for me in favor of the Galaxy S21 Ultra. Are you planning on upgrade? Let us know which device you will be getting.