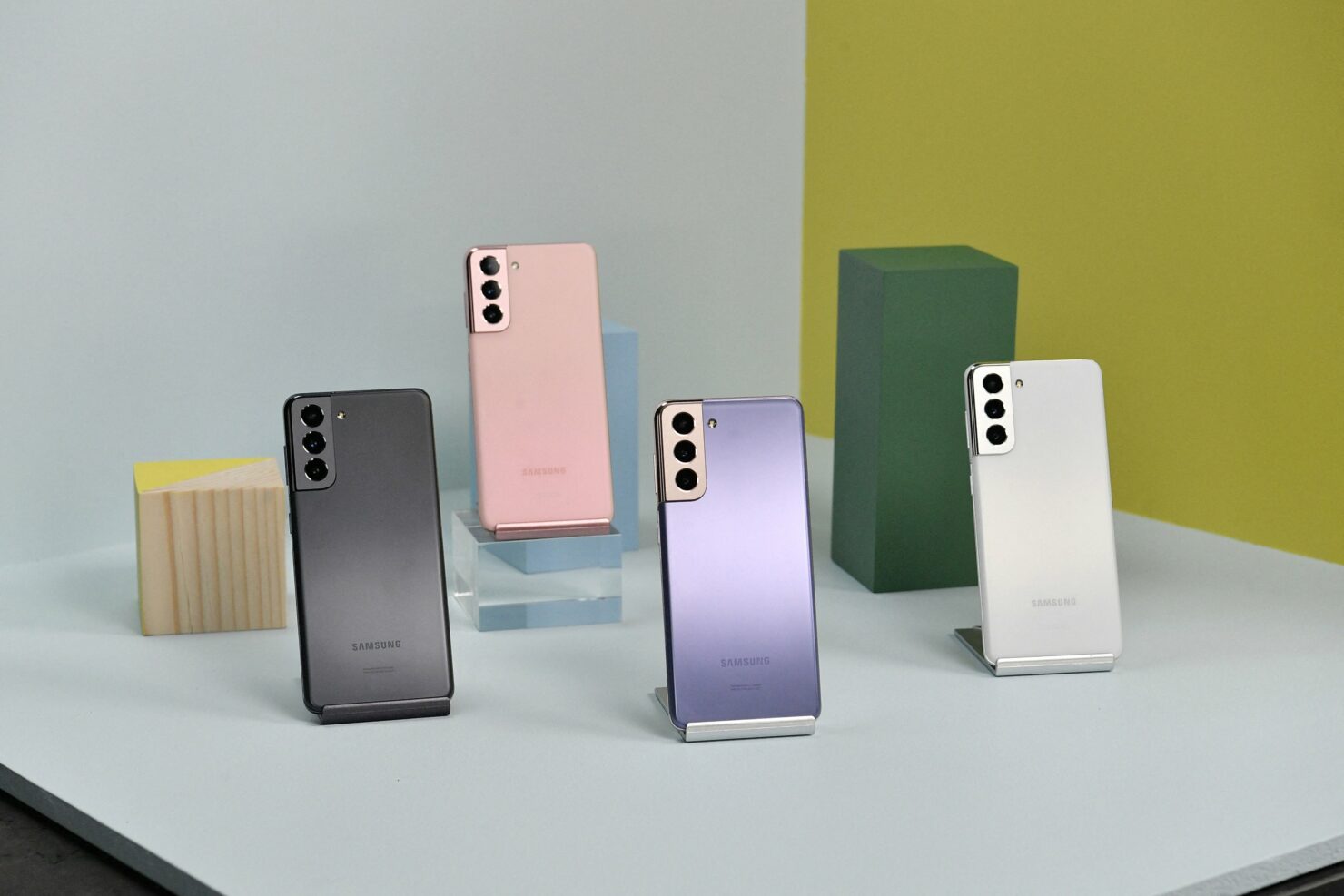 The Galaxy S21 series is all but confirmed at the time of writing, and it is going official later today. However, that does not mean that the leaks are going to stop any time soon. As a matter of fact, the leaks are only just pouring in as we finally have received real-life official photos of the entire Galaxy S21 lineup and the Galaxy Buds Pro, and yes, the leaks were true, Samsung has done away with the glossy glass, and the result is phenomenal.

The images were provided to us by none other than Evan Blass, who shared the massive image dump on Twitter and some official product videos on Voice, and well, I am all for them. I'm not going to waste more time talking about the things that you already know and let you marvel at how beautiful the devices look.

At first glance, it is safe to say that the Galaxy S21 series looks a lot like the predecessors on the front. However, all the party is on the back as Samsung has revamped the design that gives you something truly extraordinary in terms of how it looks. The matte finish blends in nicely with the glossy camera island and creates an amazing looking back that will surely turn some heads.

Honestly, if I weren't so terrified of dropping the phone and breaking the back, I wouldn't be using a case with it either, but I suppose we have to make sacrifices now and then. As far as the product videos are concerned, Blass has shared many of them, ranging from hands-on videos of all three devices to some new features.

The first one gives a demo of how the camera is going to bring in some new features.

Then we have a video that is focused on the Galaxy Buds Pro and some of the new features it belongs along.

We also have a video demonstrating the ultra-wideband and SmartTags.

Next up, we have a video of the notorious S-Pen in action.

Next up, we see a short but much-needed look at the Galaxy S21 Ultra.

The Galaxy S21+ is also shown some love.

The Galaxy S21 series is going official later today; we will be sure to provide you full coverage of all the devices that go, official. Stay tuned.