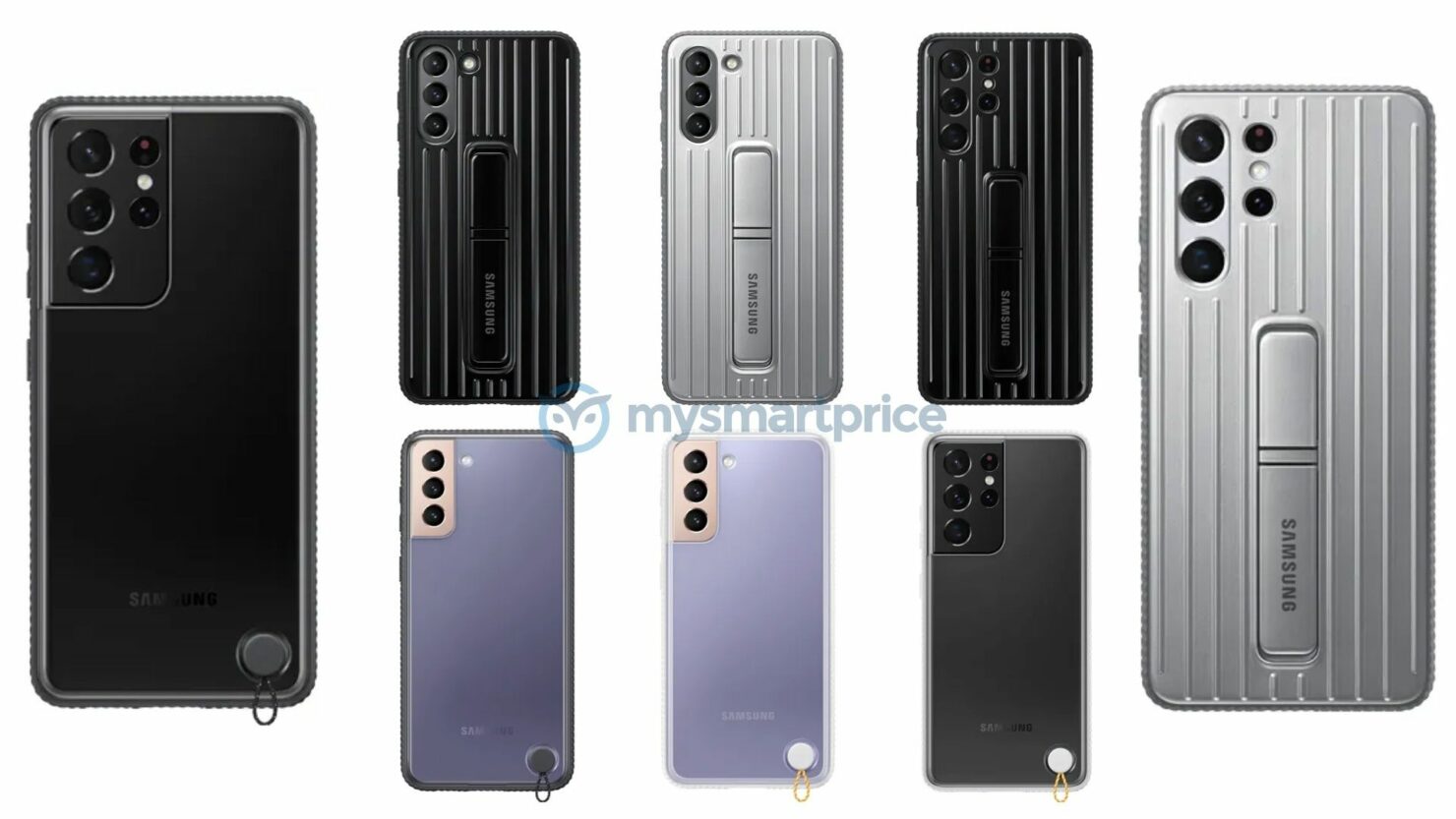 It is safe to say that at this point, the Galaxy S21 series is getting closer and closer to the official reveal. Only yesterday, we pointed out how Samsung has opened the preorder registration, then there was news about how the base Galaxy S21 might not even have a microSD card slot, and these were just yesterday.

Path few months have been all about the Galaxy S21 series coverage, and honesty, being a lifelong Samsung user, I don't mind. Today, we have another leak that showcases the official/OEM cases that Samsung will be selling for the Galaxy S21 series. You are familiar with most of them, but some fan favorites have made a return.

The leak comes from MySmartPrice, and they have had a good history with leaks on previous devices; plus, these renders look too good to be true, to be honest. The renders showcase the flip case with LED and without LED, as well as the Kvadarat cases in two color variants aside from your usual slew of protective cases that always looked like the outer of a suitcase. Still, no more talking; let's have a look at the cases.

In addition to that, the renders also show us how clear and leather cases are going to look like. Honestly, I would not mind the leather case with my black Galaxy S21 Ultra because it looks really premium, and I have always had a thing for leather.

It is also worth noting that the Galaxy S21 Ultra cases might look a bit wider than usual because they are said to have housing for the S-Pen, which Samsung will sell separately. No, this is not something that they are doing to copy Apple. Simply put, the S-Pen is an optional accessory since the phone itself will not have a slot for an S-Pen. Samsung indirectly also confirmed that the Note series is not being killed off. It is just the company's way of diversifying the lineup and having more people enjoy the S-Pen experience.

Finally, if you head over to the Clearview case image and zoom in just a little bit, you will see that the date on there is 14th January, which is also the official release date that we have been hearing for some time now.