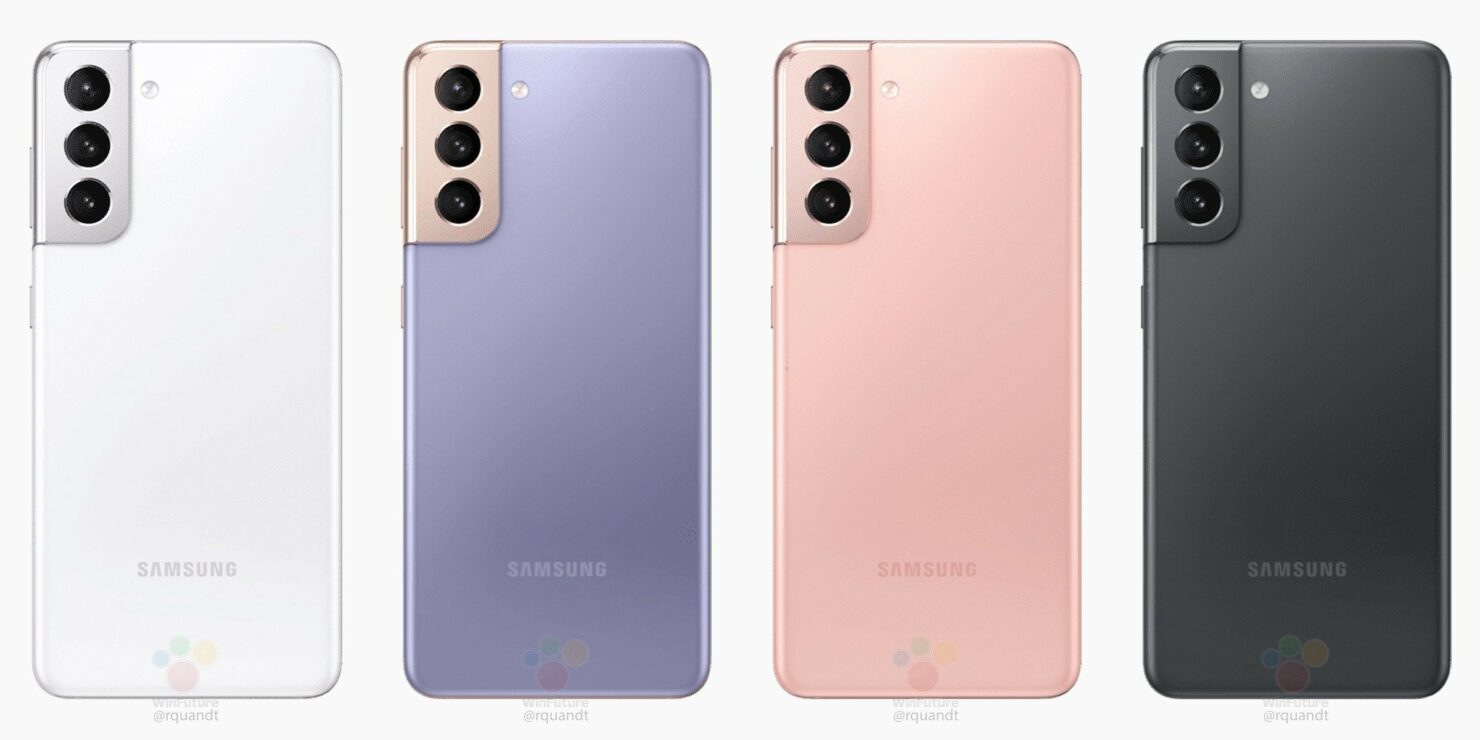 Samsung is set to release the Galaxy S21 series next month on 14th January, and we have been hearing a ton of news surrounding the device, including renders and specs. However, we have not had the pleasure to look at official renders so far, and that changes today, as our trusted source has given us the renders for both the Galaxy S21 and S21 Plus. The renders for Galaxy S21 Ultra are not leaked yet, but we suspect that it will not be long before those come out as well.

The renders are official, which means that Samsung themselves has produced them, and they come as a courtesy of Winfuture.de. Needless to say, these renders are as official as official can get before the announcement on 14th January. Without further ado, you can look at the renders below.

It is safe to say that for both of the cheaper models, Samsung is opting for a flat-screen, which might bode well for many people. Flat screens are not only cheaper to manufacture, but they are also great when it comes to finding screen protectors. Granted, you can always buy something akin to the Whitestone Dome Glass for a curved screen, but that is likely to set you back $60, whereas you can buy cheaper tempered glass protectors for the flat-screen options.

At the time of writing, no additional details were revealed, but we are sure that we will see more renders, especially from the Galaxy S21 Ultra, which will give us the first official look at all three devices.

The Galaxy S21 series is set to debut on 14th January, with sales going live on 29th January; they will be bringing the new Snapdragon 888 or Exynos 2100 chipset and will debut alongside the Galaxy Buds Pro. Additionally, the Galaxy S21 Ultra will also be the first non-Note device to support S-Pen but will not include a slot.

Being a long-time Samsung user, I am excited to see what the S21 series has to offer, as it looks like Samsung is departing from its usual tricks and bringing something different to the table.