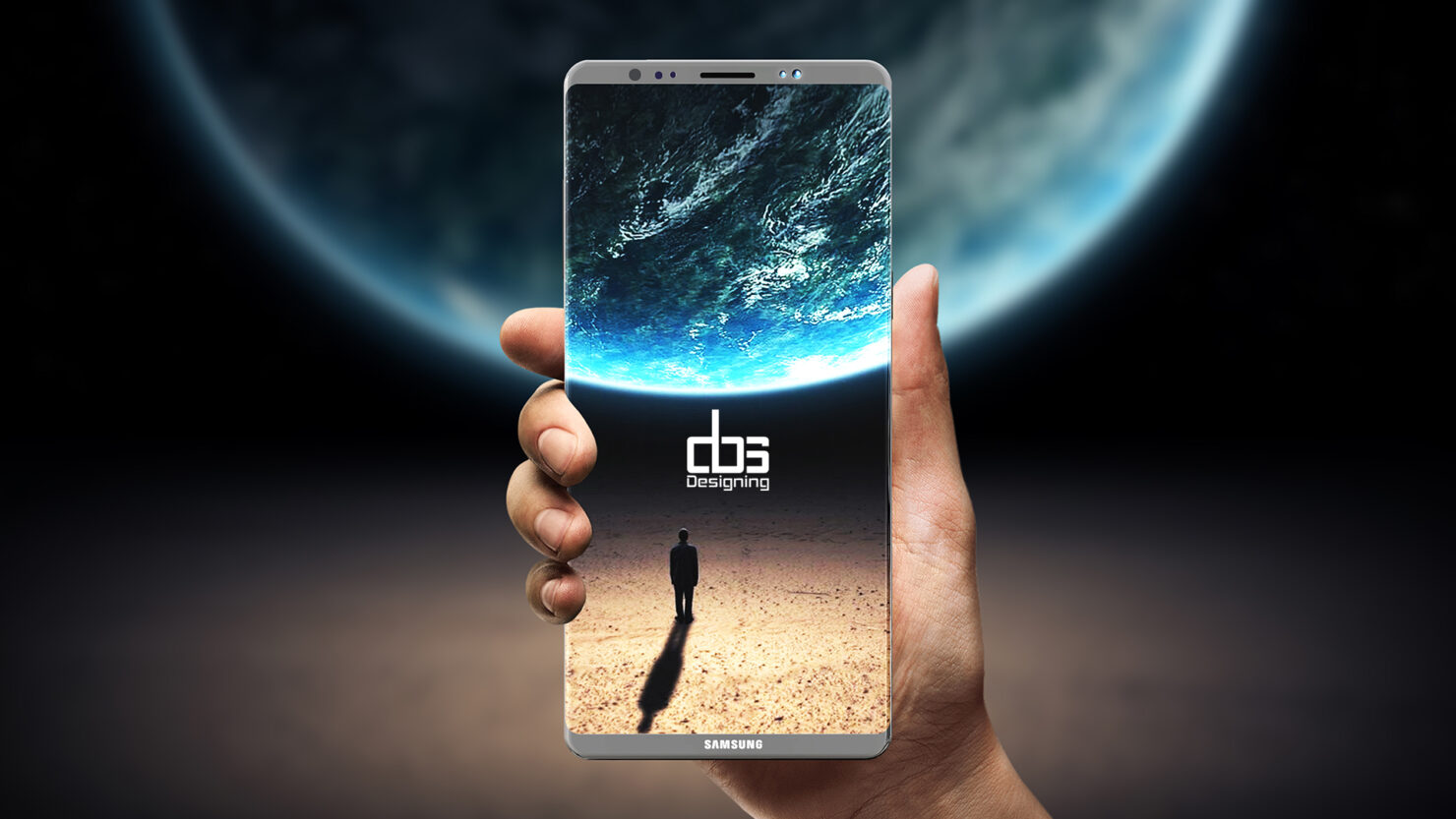 In terms of aesthetics, we can all agree that both the Xiaomi Mi Mix and Galaxy S8 are two of the most gorgeously designed phones available right now. However, the latest Galaxy Note 8 concept has a lot of changes compared to its 2016 predecessor and if Samsung is able to take helpful pointers from this, the device could be winning the award for the best-designed smartphone of the year.

Galaxy Note 8 Has a More Rectangular Shape Than Galaxy S8 in the Latest Concept and Best of All, It Comes With a Dual-Camera

If Samsung wanted to know how it could drastically change the design of the Galaxy Note 8, then the latest concept courtesy of Muhsin M. Belaal Auckburaully and DBS Designing will help to give the tech giant some very useful tips. First off, the design of the Galaxy Note 8 goes slightly in the direction of Sony’s Xperia series; a near-squarish look that looks much better, at least in my opinion.

The biggest change to this Galaxy Note 8 concept is the presence of a dual-camera setup. Galaxy S8 and Galaxy S8+ come without this nifty upgrade and the fact that it is present in this concept might provide some foreshadowing related to the exclusive feature that might find its way on the upcoming phablet. According to previous rumors, Galaxy Note 8 is expected to feature a 6.4-inch QHD+ display, increasing the screen real estate ratio by a small margin and giving users more display to play around with.

Right beneath the dual-camera you also have an LED flash and if we’re not mistaken, the thing below it might be the fingerprint reader. Once again, this concept follows the same position that Samsung used for its Galaxy S8 (and was also criticized for it in the process) so while the near-rectangular and bezel-less display form of the Galaxy Note 8 is absolutely mesmerizing, we hope that the fingerprint reader is present beneath the display this time and positioned at the bottom-front

If you want to take a look at the entire concept, we’ve included a video below and we’d like to know your thoughts in the process as well.