While Galaxy Note 5 and Galaxy S6 Edge Plus are yet to be officially announced, it appears that their respective smartphone cases have already entered the market. Galaxy S6 Edge Plus, which is expected to be released during the month of August, will most likely be carrying a much larger capacity battery thanks to its increased form factor. The latest leak suggests that the handset will be sporting a 3,000 mAh cell, which is exactly 400 mAh higher as compared to the battery present on Galaxy S6 Edge. 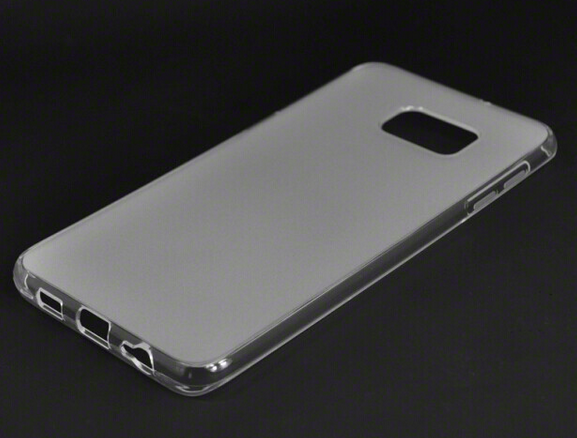 Thanks to Mobiledirect, we now have a small idea of what to expect from both Galaxy Note 5 and Galaxy S6 Edge Plus. By making initial contact with these smartphone cases, we immediately see that the rear sensor cutout is quite large. This may indicate that the rear camera sensor is going to be a big one and will be complemented by more than one LED flash in order to snap brilliant images in low light conditions.

The volume up and down button cutouts are pretty straightforward so no point going in to detail regarding those. However, if you take a closer look, you will be able to see that there are three cutouts placed at the bottom of the case, and all three of them possess different shapes and sizes. Coming to the circular cutout present at the bottom, we should assume that it is for placing the S Pen.

Earlier, it was reported that Galaxy Note 5 might feature a function where the S Pen would automatically pop out depending on what the user does. Right next that circular cutout, we see two near-rectangular cutouts. One would be for attaching the Type-C USB plug, but we are unsure of the other one. Perhaps it could be for a connector that we have never before in a handset. Looks like we are going to have to wait and look closely when the smartphone is officially announced.

After looking at these smartphone cases, which cutout of the case in your opinion, will satisfy which connectivity feature? Do let us know your thoughts.