We've been hearing quite a lot about another Samsung Galaxy S6 device over the past couple of days. While the Galaxy S6 Duo saw its fair share of design and performance upgrades, looks like Samsung can not resist releasing devices with every combination of features. One such device that we've been hearing about for the past couple days is the Galaxy S6 Plus, that the Korean manufacturer has had under the works reportedly for a while. And we've got some more information about the device today, for anyone interested in the larger screen variation of Samsung's much popular Edge variant of the Galaxy S6 series. 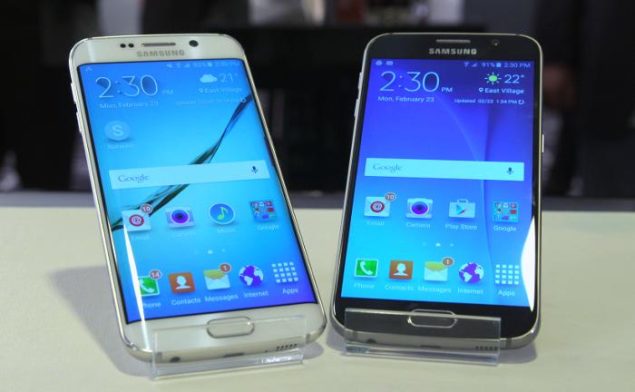 Well, folks over at Sammobile have finally managed to come up with something again regarding Samsung's Galaxy S6 Edge Plus. The device, which has already been rumored to replace Samsung's home grown Exynos 7420 SoC with the Snapdragon 808 (appeasing Qualcomm) also found on the LG G4 is seeing some fresh information become available about its dimensions and battery size. The Galaxy S6 Edge Plus is expected to come with the Snapdragon 808, 32 GB of internal storage, 16 and 5 MP rear and front cameras, coupled with either a 5.4 or a 5.7 inch.