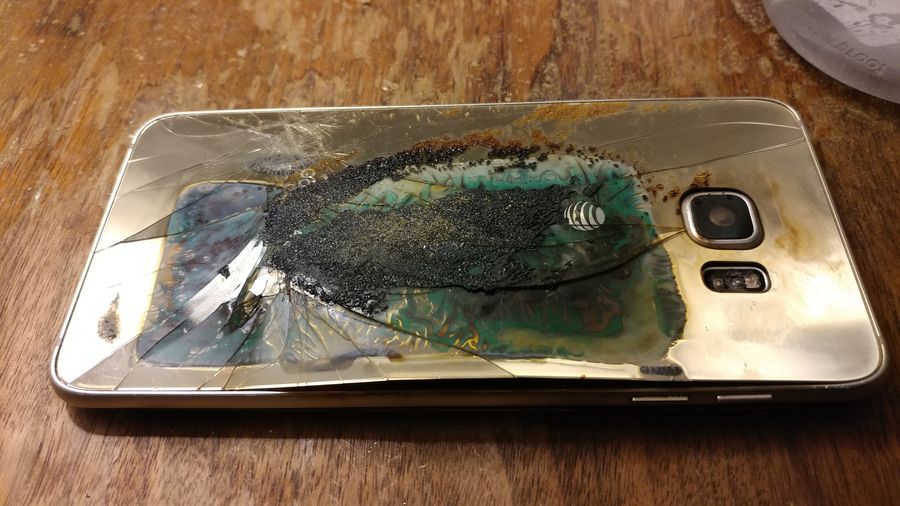 The production of the Galaxy Note 7 has somehow had a bad effect on Samsung’s other lineup of smartphones. From the Galaxy S7 exploding, we now have another phablet and it is the Galaxy S6 edge plus that ended up catching fire, leading to questioning the safety of the company’s phones.

A Redditor by the name of ReturnThroughAether has uploaded images of the ‘now completely torched’ Galaxy S6 edge plus, saying that it is a good thing the smartphone was not kept on the bed, otherwise it could have resulted in serious damage, not to mention irreparable harm coming to the user too.

“Woke up this morning (yesterday technically. 12/20) just in time to get ready for work and looked over to find my phone has exploded. Luckily I don't keep it on my bed, as you can see it scorched my night stand. I've talked to Samsung and my carrier. The phone had no problems before, no overheating. I think I'm done with Samsung for a while, really gonna miss the photos I had from Africa in the fall. Dammit Samsung, I was still in your corner after the Note 7 stuff too.”

Even after the Note 7 debacle, the user continued to own the smartphone, but following this incident, it looks like an alternate purchase is going to be in order. ReturnThroughAether didn’t specify how the phone was kept prior to catching fire. Normally, manufacturers strictly recommend that you continue to use the charging accessories present with the packaging and nothing that has not been certified by 3rd-party manufacturers, but the user didn’t specify these details, unfortunately.

Most consumers often lose the accessories that come bundled with the smartphone and end up taking the cheaper route by purchasing aftermarket products that are probably not certified for use by Samsung and other smartphone manufacturers. In the future, if you do not want to become a victim of a similar incident, then it is highly recommended that you continue to use accessories that have been concluded as being safe for use.