When we talk about Android Lollipop, there are some featured smartphones that are blessed to receive it like the LG G3, Moto X and the Galaxy S5. However, there is news about Galaxy Note 4 getting Android Lollipop 5.X as well. The time for Note 4 users is here it seems, as Samsung has started to roll out Android 5.0 for several users. 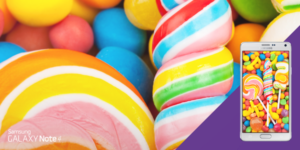 Today in Poland, the SM-910C variant models of the Galaxy Note 4 are being charged up to the latest version of Android OS. According to reports, the 5.0.1 update is not available for the Kies, however it’s being strapped to some of the Note 4 devices in the form of an OTA update. For the impatient users out there, you can keep checking the updates manually by going into ‘’Settings’’ then ‘’About device’’ and tapping ‘’Check for Updates’’. However, waiting may be the right game since it’s not a sure-shot action that will lead you to Lollipop.

It might interest you to know that the first Lollipop update for LG G3 and Galaxy S5 also landed in Poland before any other region. This is the wide spread continuation of the testing ground for Samsung as has happened before. Considering LG G3, it didn’t take long but a few weeks that Lollipop spread across Europe in a much larger fraction and we would love to see the same trend with Samsung’s glorious phablet. 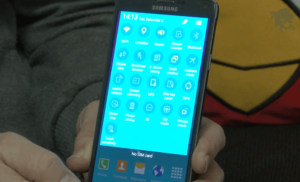 If we connect the dots and follow the same pattern as of the Galaxy S5, then the least favorable place to get the update is North America, USA to be precise. Note 4 users in U.S might have to endure a little bit longer till the update hits their region.

Lollipop TouchWiz on Noe 4 – The Offerings!

Keeping the release date aside, let’s roll out to see what it’s like to use a Note 4 with Material Design OS, namely the Android Lollipop. The new handling system has given the Note 4 a refreshed look with bold heads-up and lock screen notifications. The performance is most likely to be boosted along with an improved battery life performance. 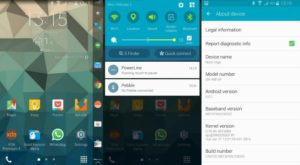 However, the major and latest release will be received by the Galaxy Note Edge though a leaked model has been seen in the recent past. Nonetheless, no final dates can be announced yet. Judging by the recent reports, the Galaxy Note Edge sold just about no more than a million units however it can be forecast that Samsung is most likely to upgrade it's Note 4 series other than its sibling.

It will please Note 4 users as there are visual proofs of the update to Lollipop rather than leaked builds that might be fake or so. Feel free to portray your thoughts in the comments and let us know if your Note 4 is updated.