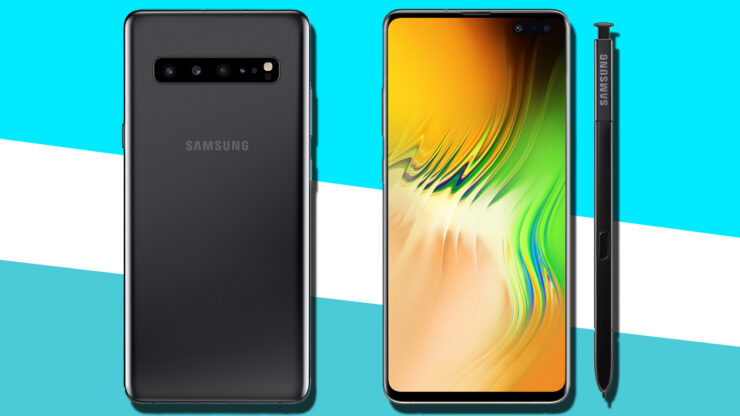 With smartphones shipping with razor-thin bezels, it allows manufacturers to increase the diagonal display size while maintaining an adequate footprint of the handset and make it easier to carry around. However, the overall size of these new phones not only means that you obtain access to a ton of screen real estate but other benefits too, such as a larger battery. The Galaxy Note 10 is said to sport a bigger battery than the Galaxy S10 Plus, and according to an alleged image leak, the cell that’s supposed to be found in the upcoming flagship phablet has been pictured.

New Info Claims a 4500mAh Battery to Be Found in the Galaxy Note 10 ‘Pro’ Variant.

An image uploaded by Slashleaks isn’t the most detailed, but it does show a battery made for smartphones with the brand name ‘Samsung’ mentioned. The blurred image also obscures the capacity of the battery, but Slashleaks reports a value of 4500mAh for the Galaxy Note 10 (in comparison, the Galaxy S10 Plus has a 4100mAh battery). What the leak also reveals is that the version in which this battery might be found in is the ‘Pro’ variant. Previous rumors have suggested that Samsung intends to launch not one, but two different Galaxy Note 10 models with varying screen sizes and features.

The more premium version is rumored to flaunt a massive 6.75-inch Super AMOLED screen, making it just 0.05 inches bigger than the Galaxy S10 5G. The less expensive Galaxy Note 10 model is said to ship with a 6.28-inch display, meaning that the battery found in the latter should be of a lower capacity. Of course, since neither of this information has been confirmed, it is best to treat it with a pinch of salt and wait for future updates. 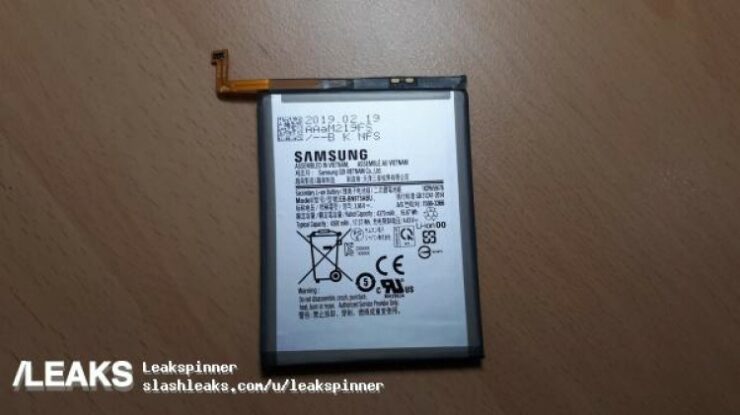 However, given the fact that Galaxy S10 5G also features a 4500mAh battery while having a fraction of a difference between the Galaxy Note 10 ‘Pro’s rumored display size, there is a possibility that the upcoming flagship sports the same battery capacity. It should also be noted that the larger Note 10 will be outfitted with a 5G modem, so a bigger battery seems like an obvious choice as 5G data usage is said to have deleterious effect on battery timing.

Also, given the fact that the Note 10 will have a bigger display, it will give Samsung a lot of room to incorporate a larger battery, even if a lot of that space is reserved for holstering the S-Pen. With only a few months remaining, we’ll see how Samsung attempts to separate the Note 10 from its Galaxy S10 lineup and try to provide more compelling features for the masses.