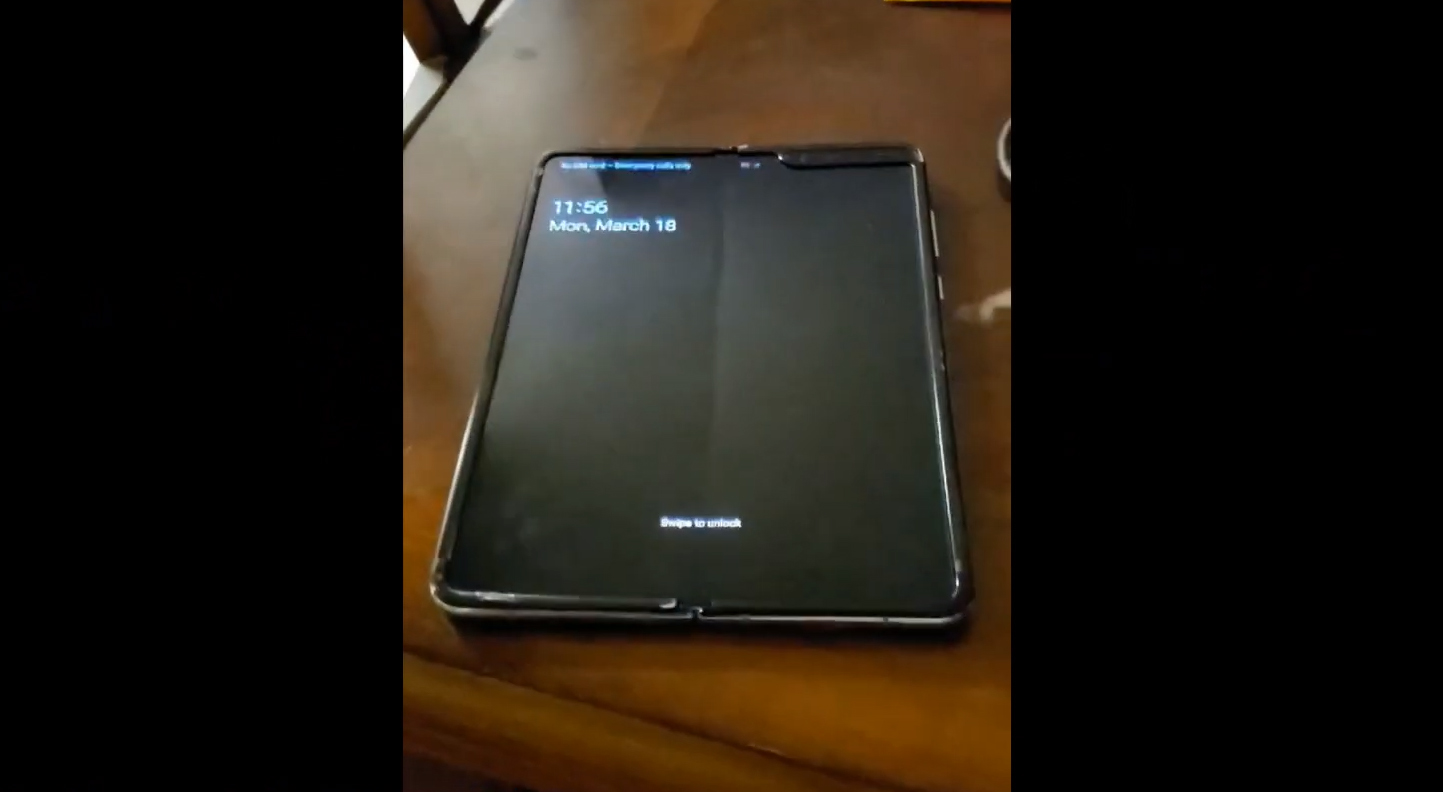 When the Galaxy Fold was first unveiled alongside the Galaxy S10 series during Samsung’s Unpacked event, the South Korean behemoth didn’t let the press handle the phone, raising speculations that the company wants to keep some apparent flaws of the phone under the wraps before its released. However, despite Samsung’s best efforts, the crease running down the middle of the phone didn’t go unnoticed and if a freshly leaked video is anything to go by, the Galaxy Fold might indeed have an unsightly crease.

Newly Uploaded Video Shows the Galaxy Fold Has a Display Crease, but It Could Be an Unfinished Unit

A video of the AT&T version of the Galaxy Fold has appeared on YouTube. It apparently originates from Vietnam, which is one of the key R&D and production locations of Samsung. The video shows a person booting up the Galaxy Fold and then using it in both its form factors. When the phone is unfolded, a crease can clearly be seen in the middle of the display and needless to say, it’s quite an eyesore.

The first generation of folding smartphones is expected to come with some inherent problems, a display crease being one of them. However, while consumers might be okay with their display creasing after prolonged use, it is unlikely that anyone would want to shell out nearly $2,000 for a phone with a wrinkly screen.

However, it could be that the phone shown in the video is a prototype unit and the final device will come with an improved version of the Infinity Flex Display technology. On the other hand, Samsung has been really careful about demoing the Galaxy Fold and this indicates that something could definitely be wrong. Even during the MWC trade show that concluded back in February, it was kept securely in a glass box, with strategic lightening, presumably to hide the crease.

Display-related issues aside, the Galaxy Fold does look pretty responsive and the UI adapts itself easily according to the shifting form factors. The Galaxy Fold will be available in the U.S. from April 26 and only then we will be able to find out whether the display has a crease or not.