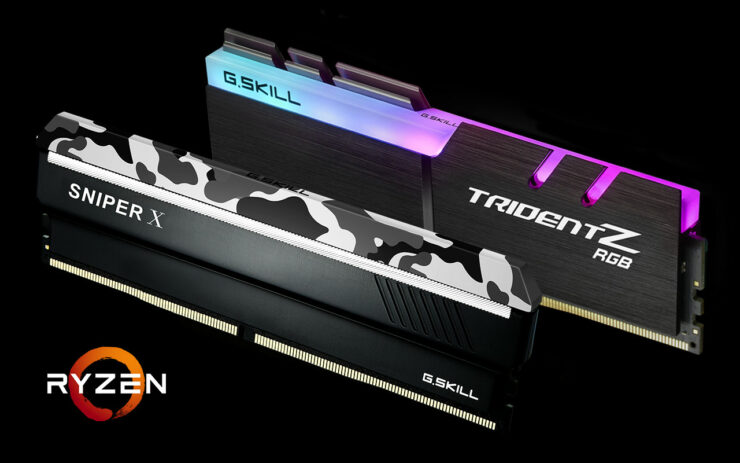 G.SKILL International Enterprise Co., Ltd., the world's leading manufacturer of extreme performance memory and gaming peripherals, is excited to announce the release of new Trident Z RGB and Sniper X series specifications launching in conjunction with the release of the AMD Ryzen 2000 series processors and the X470 platform. Kit specifications starting from DDR4-3200MHz CL16-18-18-38 16GB (2x8GB) to DDR4-3600MHz 18-22-22-42 16GB (2x8GB), these new specifications push the boundaries of AMD system performance to the next level.

Newer Memory For Your Ryzen 2700X With G.Skill

For those looking to pick up a new kit of RAM for Ryzen 2000 series AKA Pinacle Ridge should consider the type of RAM they buy as a very important purchase,  though oddly enough there is no FlareX memory specifically for the X470 Platform which was one of G.Skills best selling and most recommended kits for Ryzen 1st generation processors and 300 series motherboards. For more information on Ryzen 2000 series Processors check out our review on the 2600X and 2700X which we tested with G.SKILL Sniper X 16 GB (2 x 8 GB) CL16 3400 MHz  and G.SKILL Trident Z RGB Series 32 GB (4 x 8GB) CL16 3600 MHz 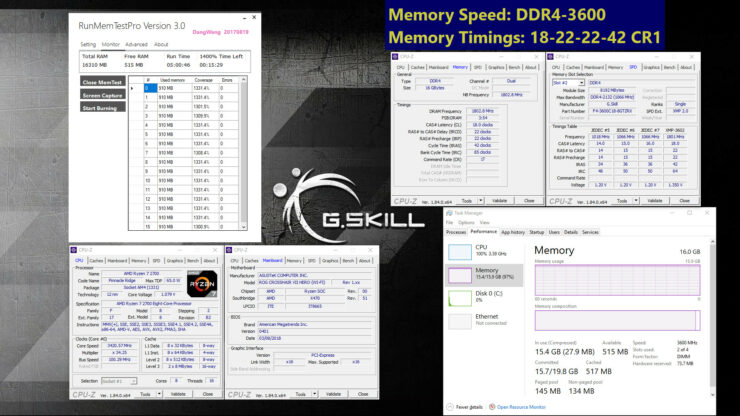 Unfortunately we have no pricing from G.Skill but these new specifications will be available via G.SKILL worldwide distribution partners in late April 2018.