It was recently rumored that Samsung has three metal devices up its sleeves, all with some metal designing. We have already seen Samsung Galaxy Alpha and Samsung Galaxy Note 4 sporting a metallic frame, however, the next device will reportedly have a complete metal body! 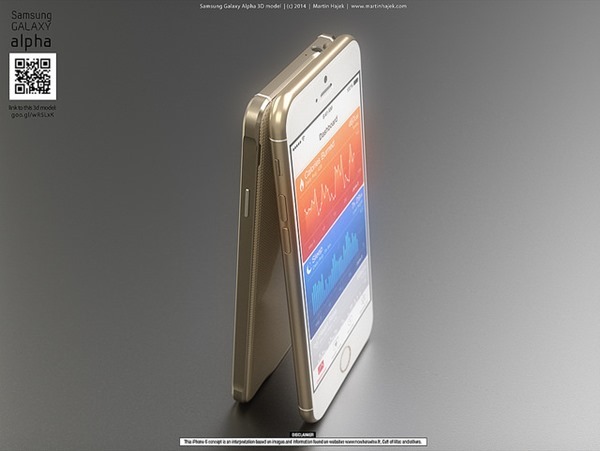 Samsung's enthusiastic plans were reported a couple weeks back to have three new devices in its A series of smartphones. This series of full metal body smartphones include model numbers SM-A500, SM-A300, and SM-A700. Today comes new details about the first of these three devices, the SM-A500.

A500 will be the next of the Samsung Galaxy Alpha lineup, however, it will have a distinctive edge over the current model as it will sport a full metal body. The next Galaxy Alpha will possibly be Samsung' first full metal body smartphone that will come without a removable back cover and a completely new design. This new design is expected due to both the introduction of complete metal body and removal of removable back cover sparing device from the new faux leather design that Korean tech company introduced in its devices this year.

The latest report comes exclusively from Sammobile which was also responsible for the earlier A Series report claiming about the three new devices. The latest report also reveals SM-A500 specifications which are as following:

The microSD slot will actually be a hybrid slot in the next full metal body Galaxy Alpha which will serve both as a microSD card slot and a nano SIM slot. Full metal body Galaxy Alpha will have Ultra Power Saving Mode that was introduced with Samsung Galaxy S5 and found in the current Note 4. However, it will lack the sensors and water and dust resistance as Samsung is keeping these features exclusively in its high-end devices.

Samsung will allegedly launch its full metal body Galaxy Alpha at the end of September as a mid-range, but premium looking smartphone. While the device will help the company come as a strong contender in better designing, it would be interesting to see a mid-range full metal body Galaxy Alpha having a better design than the high-end Note 4 and Galaxy S5.