Production Delays Cause Samsung Galaxy A5 To Launch Next Month

Looks like Samsung's metal range of smartphones, the Samsung Galaxy Alpha Series are facing some problems according to word out from China today. According to the Chinese, the Samsung Galaxy A5, which was due to be launched in China this month will be delayed. The launch of the Galaxy A5 has been delayed to next month, which isn't that bad, but nevertheless could prove harmful for the company which is already facing stiff competition in the market. More on this below. 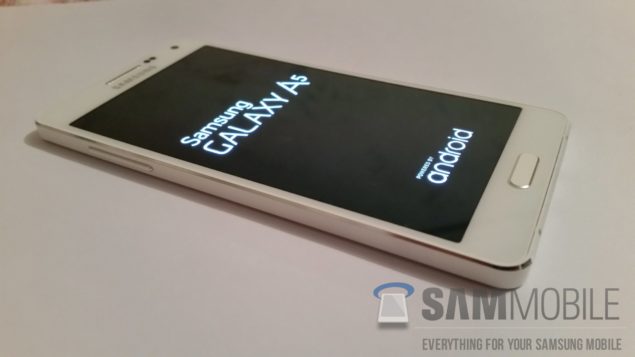 Samsung Galaxy A5 Launch Delayed - Device To Launch Next Month.

The Korean smartphone giant is already under stiff competition in the Chinese market from the likes of Xiaomi, Meizu and OnePlus. The latter have made a strong dent in the Chinese market with their high spec yet low priced devices. Samsung, on the other hand is still hoping that its strong brand name and reputation will enable it to pull the necessary sales volume to maintain its position.

Xiaomi, Meizu and OnePlus have their devices priced in the lower $300 price bracket, while Samsung, will reportedly offer the Galaxy A5 for a neat $450 for the unlocked version of the device. The Galaxy A5 is expected to be offered by the state owned China Unicom and China Telecol, which will undoubtedly lower the price for the device.

In the specifications department, the Galaxy A5 is expected to come with a 64 bit Snapdragon 410 backed by 2 GB of RAM. Rear camera resolution for the device will be 13 megapixel and the front snapper for the device stands at a modest 5 megapixels. All of this will be complemented by 16 GB of internal storage and a 2300 mAh battery. Screen size for the Galaxy A5 will be a small 5.0 inches with a resolution of 1280 x 720.