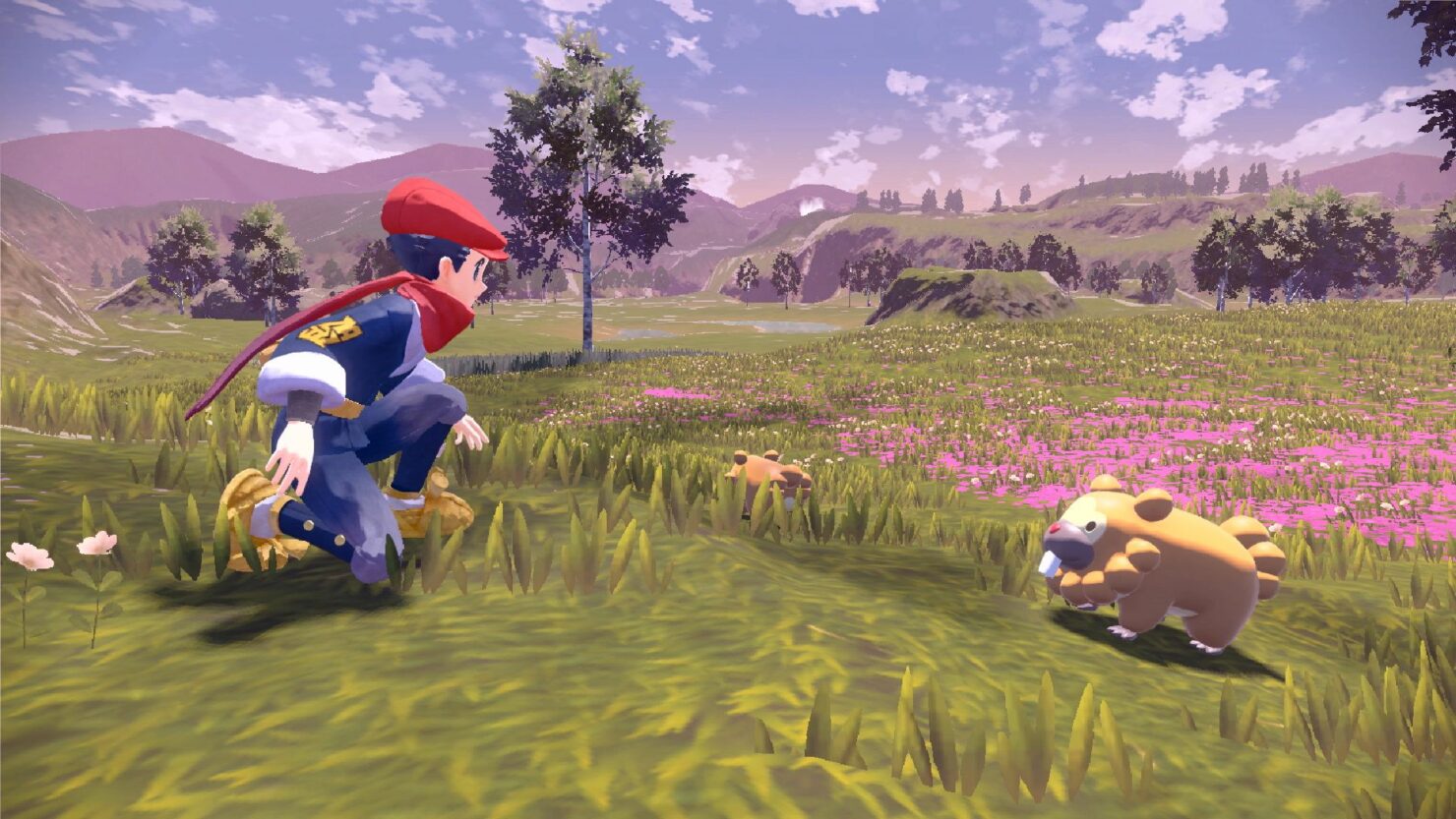 The new 1.1.0 update is a major one for the latest installment of the series on the Nintendo Switch and adds mass massive Pokemon outbreaks, the new Eternal Battle Reverie, new Battles in the training grounds, new photography features, new requests, and more. All of these new features are accessible as soon as the game has been completed.

“In the Daybreak update, you will begin investigating mysterious mass outbreaks of Pokémon that are popping up all over the Hisui region”, the Pokémon Company writes. “You’ll also have a chance to battle powerful opponents—like Legendary Pokémon and wardens—adding yet more options to your Pokémon battle experience.​”

Massive Mass Outbreaks of Pokémon Reported in the Hisui Region​

A mysterious phenomenon is emerging across Hisui: mass outbreaks of Pokémon in multiple places, accompanied by rainstorms. Head out to investigate with Warden Mai of the Diamond Clan and her partner Munchlax. These special mass outbreaks offer a chance to catch Pokémon that are ordinarily difficult to find!​

New requests you can enjoy after viewing the game’s end credits have been added.* Some of these requests will task you with surveying occurrences of the mysterious Massive Mass Outbreak phenomenon, in which simultaneous mass outbreaks of Pokémon occur throughout an area of the Hisui region. You can keep enjoying Massive Mass Outbreaks even after completing the related requests.

*If you’re using a save data in which you’ve have already viewed the game’s end credits, you can enjoy post-credits content immediately after updating the game.

After completing all the new requests regarding Massive Mass Outbreaks, you’ll be able to participate in the Path of Solitude or the Path of Tenacity at the Jubilife Village training grounds.* In the Path of Solitude, you must choose one Pokémon to use in a difficult battle tailored to that specific Pokémon. When you complete one of these battles, your Pokédex will be updated with a new mark.

In the Path of Tenacity, you will be able to enjoy battling the wardens and other characters you met during your journey.

*To participate in all Path of Tenacity battles, you will have to complete several newly added requests in addition to those pertaining to Massive Mass Outbreaks.

Once you complete the new requests mentioned above, people that you’ve met during your travels will come visit the photography studio, and you will be able to take photographs with them.

After completing all the requests added in this update, you can try your hand at a new balloon race challenge in the Coronet Highlands. Utilize the various Pokémon you can ride and aim to complete the challenge.

An Additional Special Berry Harvest at the Farm in Jubilife Village

You can now request a new special Berry harvest at the Jubilife Village fields and grow Berries that you previously could not.

Changes to the Function of the Ginkgo Guild

When you buy items from Ginter at the Ginkgo Guild cart in Jubilife Village, you will now have several options to choose from.