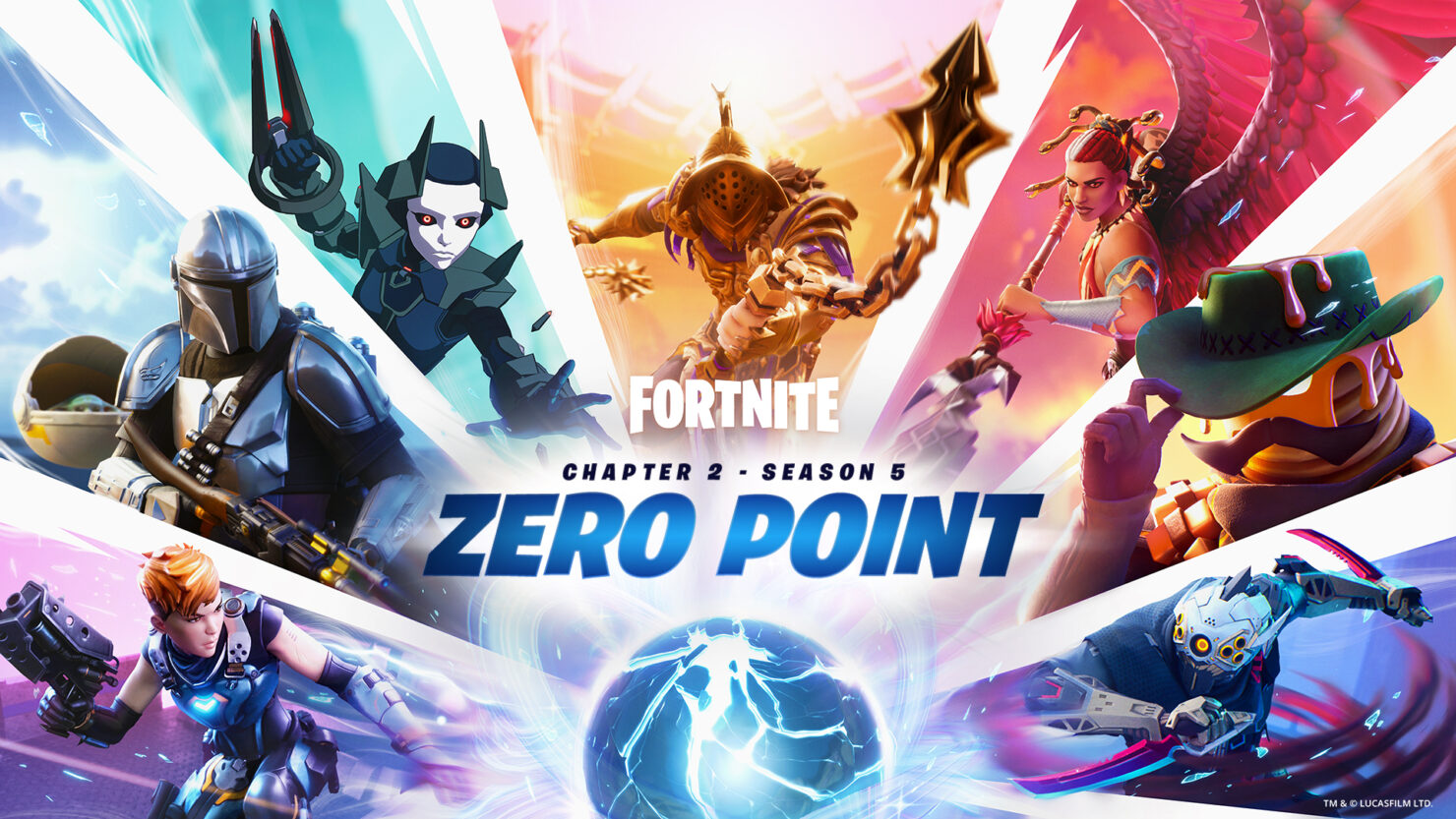 Following the big Galactus event that took place last night (with a record participation of 15.3 million concurrent players, according to Epic Games), Fortnite Chapter 2 Season 5: Zero point has been unveiled in a fresh press release, featuring hunters such as The Mandalorian. Check out all of the details, as well as the story trailer and battle pass trailer, below.

The hunt is on in Fortnite Chapter 2 Season 5: Zero Point. Join Agent Jones as he enlists the greatest Hunters across Realities like The Mandalorian to stop others from escaping the Loop.

The Hunt is On

The Zero Point is exposed, but no one escapes the Loop, not on your watch. Join Agent Jones and the greatest hunters from across Realities like The Mandalorian in a chaotic battle that will shape the future of the Island...

New hunters means new locations from beyond the Loop. Battle for honor in an ancient arena, sharpen your survival skills in the jungle, and explore the shifting crystalline sands flowing from the exposed Zero Point.

As a hunter, it’s your duty to help the Island’s Characters in their unstable new reality. Take on their quests and bounties, get intel on your surroundings, or hire them to be your ally. Don’t want to negotiate? Challenge them to a duel and reap the rewards.

The new Characters only accept one form of payment: Bars! Earn Bars by completing quests and bounties, eliminating players, or finding hidden stashes around the Island. Spend your earned Bars on new Exotic weapons, upgrades, intel, services and more.

New weapons let you attack in novel ways. Unleash your fiery rage with the Dragon’s Breath Shotgun, switch between melee and ranged with the Mandalorian’s Amban Sniper Rifle, track your target with the Night Hawk, and more. Hunters and vendors are also working to bring you more weapons throughout the season, so keep an eye out!

Agent Jones has brought in the greatest Hunters across Realities to the Island. Pick up the Season 5 Battle Pass and unlock Mancake the fighting Flapjack, Mave the shapeshifter and the ultimate bounty hunter, The Mandalorian, with his companion The Child.

The hunters on the Island are only the first to arrive from outside the Loop... Throughout the Season, Agent Jones will bring in even more hunters from the Realities beyond. Who will be next?