After the uproar of Pangu iOS 7.1 - 7.1.X jailbreak release, while at first users were wary of trying it out, a plenty are reporting having done so already. While everything else seemingly goes well and malware free - if you uncheck that box as we recommended you to do so - there are reports pouring in of bootloop issues when restarting the iOS devices. Here is how to fix bootloop error in Pangu jailbreak tool. 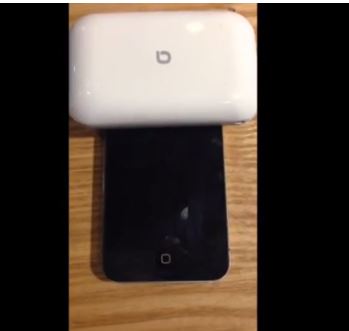 This solution to fix bootloop error in Pangu Jailbreak solution does look a bit, well, unfit, but it seems to have helped quite a many of users. Apparently the bootloop issue is being caused by the light sensor of the iOS device. That means that the iOS devices seem to get into bootloop if in dark, and everything goes as planned if you point a flashlight above the light sensor. Yep, you heard that right.

This small but useful tip comes from a reddit user who suggests:

I have an iPhone 4 and i did jailbreak with Pangu. I have bootloop everytimes i try to restart my phone.

I KNOW THIS SOUND CRAZY, but it seems like a bug caused by light sensor. If your phone is in the dark you will get stuck in the bootloop. If you point a flashlight above the light sensor, boot goes well. This also works if you get stuck on “Pangu welcome screen”.

As you can read that quite a few users have commented on the aforementioned reddit thread that this trick has worked to fix bootloop error in Pangu jailbreak guide.