TSMC Or Samsung A9? Find Out Which Chip Your iPhone 6s, iPhone 6s Plus Has

Here's how you can find out which chip your iPhone 6s or iPhone 6s Plus has - A9 from Samsung or TSMC.

With every new iPhone release, Apple packs in a new A-series chip inside its smartphone which it claims is faster and more powerful than before. And with the iPhone 6s and iPhone 6s Plus, the company did the same thing again. But as we dive deep into the finer details, it seems as though the A9 chip inside the iPhone 6s and iPhone 6s Plus both are made by two companies - Samsung and TSMC, the latter of which is receiving a larger share of orders from the Cupertino giant. In case you're wondering from which company the chip comes from that sits inside your iPhone 6s, then finding that out is actually quite easy, and the process is as simple as downloading an app from the App Store.

The app in question, Lirum Device Info Lite, is available absolutely free to download for iPhone and iPad devices both. Once installed, you'll be taken to a screen where you would be presented with the iOS software version you're running, along with the storage capacity, and of course, the model number of the handset itself. If you want to know which processor your iPhone 6s or iPhone 6s Plus has inside it, then refer to the following list.

As you can see from the screenshot below, the iPhone 6s we have here carries the model number N71mAP, which means that it has a TSMC manufactured A9 chip inside it. 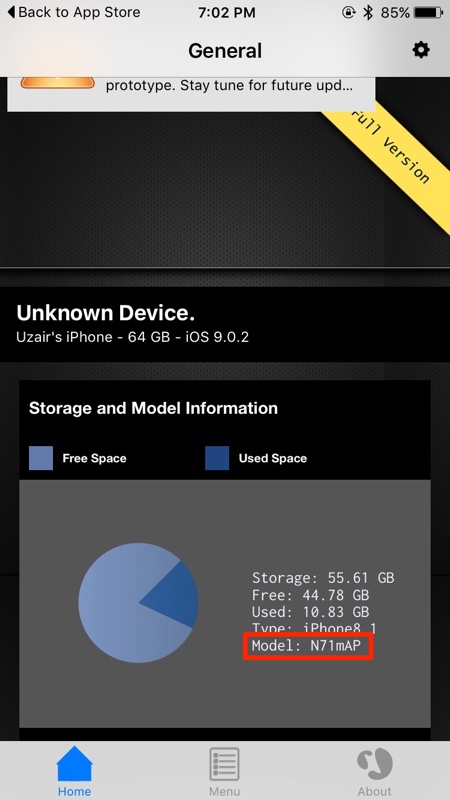 Sadly enough, there's no way to find out which chip the iPhone 6s comes with if it's still packed inside the box. So all you can do is sit and pray that you are blessed with a TSMC model, because you obviously want those extra hours of battery life, don't you? Of course you do.

You can download Lirum Device Info Lite from here. And like we mentioned above, it's absolutely free. 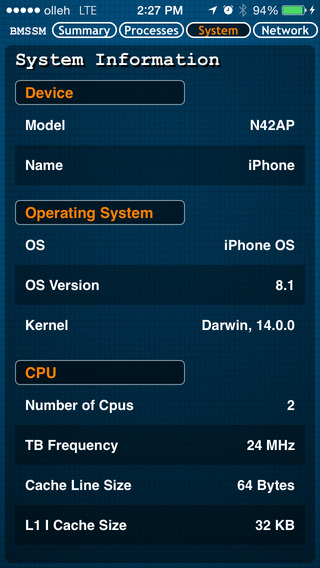 Update: The above mentioned app has been pulled by the developer, but there's an alternative called 'Battery Memory System Status Monitor' which you can download from here. And yes, it's absolutely free as well.