Final Fantasy XV is finally getting released this year on PlayStation 4 and Xbox One in all regions and all details on the game's launch will be revealed by a special event named Uncovered Final Fantasy XV which will be held in March. Details on the event are scarce at the moment, obviously, but it seems like a PC version of the game might be revealed during the event. 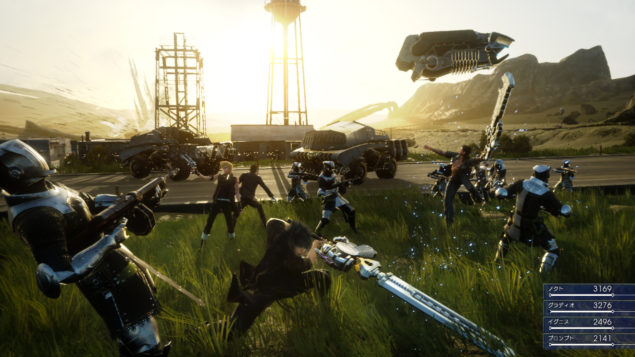 NeoGAF forum members KupoNut has recently taken a look at the code of the Uncovered Final Fantasy XV website, discovering mentions of a PC version. Not only the Steam Store is mentioned in the code, but also a possible retail version of the game.

Final Fantasy XV has been one of the many high profile games that has been shown last week during the Taipei Game Show 2016. New gameplay footage has also surfaced online following the latest Active Time Report event, showcasing a stealth gameplay sequence featuring plenty of battle system improvements over the Episode Duscae demo.

Two weeks ago other details on Final Fantasy XV have surfaced online thanks to Japanese magazine Shonen Jump. The magazine showed how magic can influence the environment, with Fire magic having the ability to burn grass and damage both enemies and party members. The magazine also revealed that Noctis can mount monsters to decrease their physical strength.