Magic is one of the more important elements of the Final Fantasy series and so Final Fantasy XV will also feature a unique magic system. Not much has been said on the matter in the past, but something new on it has emerged online earlier today thanks to the latest issue of Japanese magazine Shonen Jump. 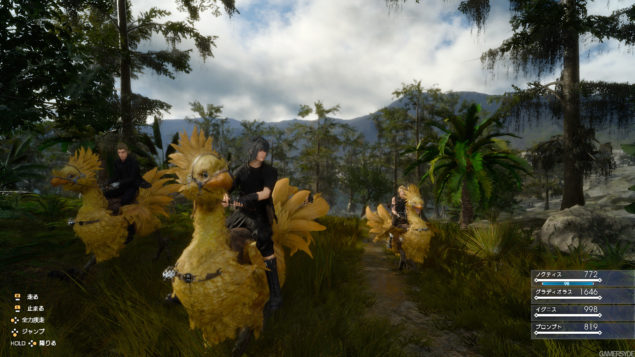 This week's issue of the magazine comes with a few new Final Fantasy XV screenshots showcasing a battle against a Magitek Armor. One of the screenshots also shows that magic in Final Fantasy XV will affect the environment, with Fire magic setting grass on fire at once. Both enemies and allies can be damaged by similar events. One of the screenshots also shows how Noctis can mount monsters, an action that decreases the enemy's physical strength. You can check out the new magazine scan right below. 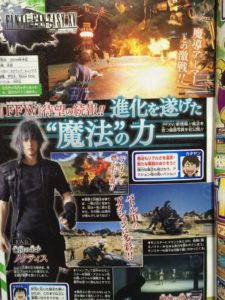 More Final Fantasy XV news will be coming later this month, with a new Active Time Report getting aired before the end of January and a dedicated Taipei Game Show 2016 stage event. Earlier this week, it's been confirmed that the two events won't be the same so we will most likely learn even more than anticipated about the upcoming role playing game by Square Enix.

Other interesting Final Fantasy XV details have emerged online earlier this month on the game's official forums. Members of the development team have shared more on the game's Warp Points, big cities and new difficulty system.

Final Fantasy XV will be released on PlayStation 4 and Xbox One on a yet to be confirmed 2016 release date. More on the role playing game by Square Enix will be coming before the end of the month so stay tuned for all the latest news.