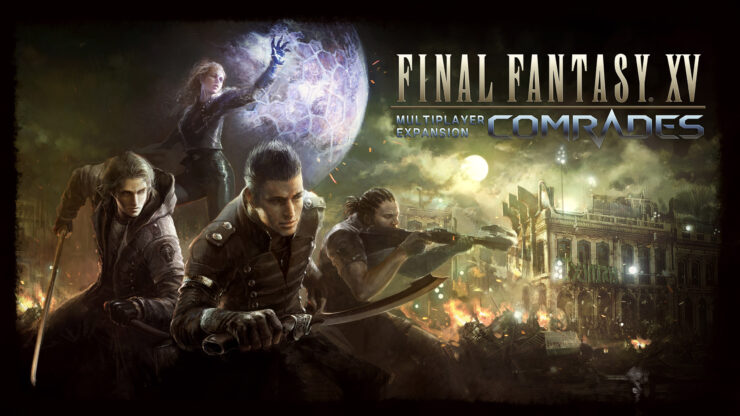 Final Fantasy XV Comrades, the multiplayer expansion released last year for the action roleplaying game made by Square Enix, is now available digitally as a standalone game on PlayStation 4 and Xbox One, priced $9.99. At the same time, Update 10 added new and powerful bosses for players to take on while grouped.

Create your own original avatar and fight for the Light as you discover the untold tale of Eos's decade of darkness. Join up to three friends or go it alone in a slew of new quests full of challenge and excitement—and be sure to keep an eye out for some familiar faces, including the prince and his royal retinue. Enjoy the wide and wondrous world of FINAL FANTASY XV like never before in MULTIPLAYER: COMRADES!

*Save data from FINAL FANTASY XV MULTIPLAYER EXPANSION: COMRADES can be transferred over.

*An Xbox Live Gold/PlayStation Plus membership is required to take part in online multiplayer.

The standalone release of Final Fantasy XV Comrades wasn't the only news related to the game. As part of a collaboration event with Final Fantasy XIV, a new free update has been released. The event introduces a new in-game quest titled “Adventurer from Another World.” In this quest, Noctis embarks on a journey with the mysterious Miqo’te, Y’jhimei to Perpetouss Keep, which concludes with a fierce battle against the primal Garuda from Final Fantasy XIV. Players who complete the quest will receive special Final Fantasy XIV-themed costumes as a reward.

Last but not least, as reported yesterday, the PC version of Final Fantasy XV was finally updated with NVIDIA DLSS technology (in beta), allowing owners of the RTX graphics cards to boost their frame rate.