After years and years and fan demands, and a half-decade of active development, the much-anticipated Final Fantasy VII Remake is almost here. Powered by Unreal Engine 4 and directed by the PS1 original’s designer Tetsuya Nomura, Final Fantasy VII Remake looks to be one of the most ambitious video game revivals of all time, but how will the game actually play? How will its world and story change? When is it coming out and what platforms can you play it on?

You’ve got questions about Final Fantasy VII Remake, and, thankfully, we have answers! Scroll on down for all the key information you need before you start swinging your Buster Sword again…

Yes, although don’t get too worried. Final Fantasy VII Remake will feature an action-driven combat system, albeit with some tactical, command-based elements. Basically, as you hack and slash at enemies, you’ll fill your ATB Meter. Once you’ve filled a section of the meter, you can enter tactical mode, which slows time and allows you to select special attacks or items from a menu. Ideally, it will be a “best of both worlds” situation. That said, if you’re not an action fan, FF7 Remake also includes a “Classic Mode” that takes the button mashing out of the equation entirely. All hacking and slashing will be handled automatically, so you only have to worry about selecting attacks from the menu. You can check out the game’s combat system in action in the video above.

What’s this about the game being episodic?

The Final Fantasy VII Remake is being split into multiple parts, with the first taking place entirely in Midgar and covering roughly the first act of the original game’s story. But again, as mentioned, Square Enix is significantly fleshing out the story, so this first act of the FF7 Remake should be a full-size RPG.

How long will we have to wait for the rest of the story?

Good question! The first part of the Final Fantasy VII Remake has taken nearly five years to develop, but the wait for subsequent entries shouldn’t be quite as painful. Work has already begun on the next chapter, so hopefully we’ll see it within the next couple years.

Will the story be the same?

While the majority of the broad plot points remain the same, this first chapter of Final Fantasy VII Remake ends on quite a different note than the original. Without delving into spoilers, it seems FF7 Remake co-director Tetsuya Nomura has taken some storytelling cues from his own Kingdom Hearts series, adding a big metatextual twist to the story. In his review for Wccftech, Francesco De Meo warned that “most purists will hate” the big twist, while others with more open minds may appreciate it. So, be forewarned!

In addition to actual plot changes, Square Enix has significantly fleshed out the story, essentially turning Final Fantasy VII’s first act into a full game in its own right. Minor characters will get more screen time, plot points that were quickly glossed over with a few text boxes will get the full cutscene treatment, and there will be all-new NPCs and bosses to encounter. Certain events that occurred later on in the original game have also been shuffled to appear in this first chapter of the remake instead.

Has some of the more risqué stuff made the cut?

Yup, even some of Final Fantasy VII’s less, er, 2020-friendly scenes will make the cut, including the infamous sidequest where a crossdressing Cloud infiltrates the Honey Bee Inn. A few glimpses from the Honey Bee Inn scenario even made it into the latest FF7 Remake trailer, which you can check out above. Square Enix has hinted some changes may have been made to make the Honey Bee Inn more of a “pantheon of entertainment” rather than an obvious brothel, but it seems like the essence of the sidequest is being retained.

The first part of the Final Fantasy VII Remake arrives on April 10, 2020.

Wait, I heard the game was already out?

It all depends where you live. The COVID-19 pandemic has thrown off the launch of Final Fantasy VII Remake, with physical copies of the game being shipped and sold early in Australia and many parts of Europe.

What if I don’t live in Australia or Europe?

Unfortunately, physical copies of FF7 Remake were not shipped early to retailers in North America and other parts of the world, and Square Enix aren’t guaranteeing their availability on launch day. Unless you’ve already managed to snag a copy, there’s a chance you may have to buy digital on launch day (which, of course, is the safest option anyways).

What platforms is the game coming to?

Final Fantasy VII Remake will only be on PS4 at launch, but that exclusivity will only last a year. After that, who’s to say? While Square Enix has yet to announce any other platforms, there are rumors the game will come to PC and Xbox One eventually. And what about the next-gen PlayStation 5 and Xbox Series X? We’ll just have to wait and see.

Can I try before I buy?

No problem! A demo, which lets players tackle the iconic opening reactor bombing mission, is available. Be forewarned though, your progress won’t be carried over to the full game!

Start clearing some storage space now -- while not quite as huge as originally feared, FF7 Remake is a double Blu-ray game, and weighs in at a bit over 90GB. Thankfully, pre-loading is available now, so if you want to play on launch day without a big delay, get on it!

Are there fancy special editions?

Of course! You can choose between the $60 standard version of Final Fantasy VII Remake, the $80 Deluxe Edition, or the swanky $330 1st Class Edition.

The Deluxe Edition will include the following:

And the 1st Class Edition includes the following: 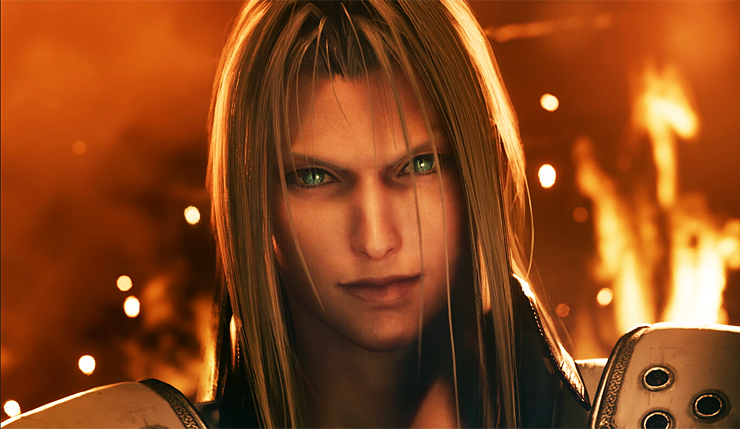 Is Final Fantasy VII Remake worth my money?

Approach with some caution if you’re not the type who deals with change well, but Wccftech’s Francesco De Meo was impressed overall with Final Fantasy VII Remake…

There you are – everything you really need to know about Final Fantasy VII Remake. Still have some questions? Head on down to the comments and fire away, and we’ll try get to you an answer!