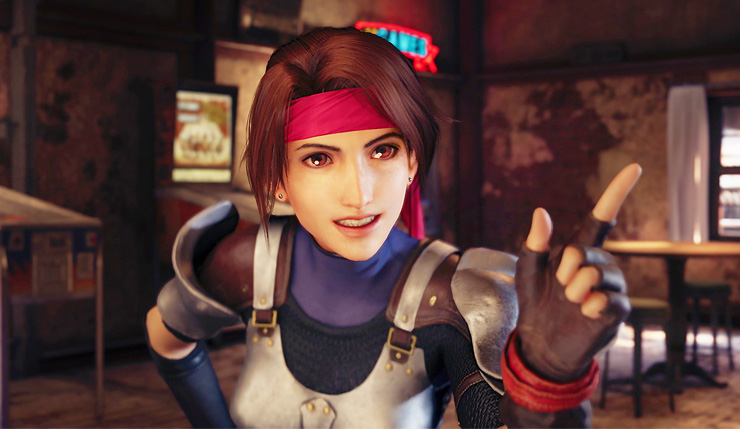 Square Enix decided to start the week off with a bang with collection of new Final Fantasy VII Remake screenshots (check those out here) and details. Most the new info comes courtesy of a Square Enix blog post, which runs down the key creative minds working on the remake. Each dev has a little something to say about what they’re contributing to the project, and some of them reveal some interesting tidbits.

Most notably, Final Fantasy VII Remake director Tetsuya Nomura reveals his team has already begun work on the second chapter of the story (the remake will be released episodically):

We’ve already begun working on the next one as well, but I’m confident that playing through this title will expand your expectations just like the world that extends beyond Midgar.

He also confirms, that while there are no new major characters in the new FF7, they will be adding new NPCs and bosses to game:

With regard to new characters, of whom I said during past interviews that there would be “none” – though they aren’t main characters, their numbers ended up growing considerably in the process of creating a rich depiction of Midgar. When you think of Midgar’s final boss, you probably think of the M.O.T.O.R., but in this game new bosses will appear and add to the excitement of the story even more.

Oh, and yes, co-director Motomu Toriyama re-confirms the infamous Honey Bee Inn will be returning, although now it’s been reimagined as a “pantheon of entertainment.” Certainly sounds like the ol’ Honey Bee is being sanitized a bit:

When remaking the Honey Bee Inn at the Wall Market, we revived it is as a pantheon of entertainment, which couldn’t be realized back then. Here, you’ll get the scene that many of you have been eager to see, where Cloud disguises himself. Please enjoy.

Meanwhile, a post on the PlayStation Blog reveals a few more new details about the FF7 Remake. The game will let you upgrade weapons, with players being adding buffs and abilities to them using Materia in a system partly lifted from Final Fantasy IX:

Each weapon has its own unique weapon abilities that increase in proficiency the more they are used. When an ability’s proficiency level reaches the maximum, that ability is then learned by the wielder and can be used when wielding any weapon. Different upgrade options allow you to improve the wielder’s status or increase the number of Materia slots available.